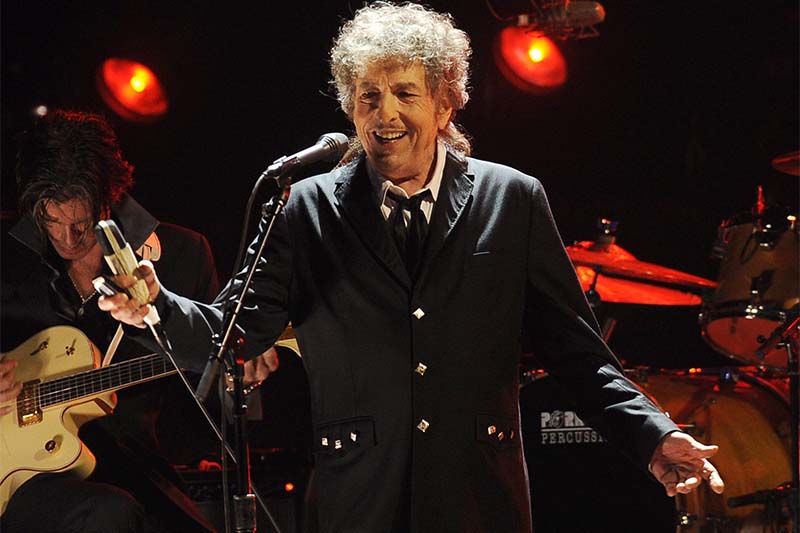 Bob Dylan performs in Los Angeles, on January 12, 2012. Photo: AP/File
HELSINKI: Nobel literature prize laureate Bob Dylan will meet with members of the Swedish Academy during a weekend visit to Stockholm and they will hand over his Nobel diploma and medal, the academy said Wednesday. Sara Danius, permanent secretary of the academy, said in a blog on the academy's website that Dylan will not give his Nobel lecture during the weekend but that a recorded version would be sent at a later date. She noted that taped Nobel lectures are occasionally presented, most recently in 2013 by Canadian Nobel literature laureate Alice Munro. Danius said that the academy "is very much looking forward to the weekend" and will attend a Dylan concert, but added that the setting of their meeting will be "small and intimate, and no media will be present," in line with his wishes. The 75-year-old Dylan, who was awarded the prize "for having created new poetic expressions within the great American song tradition," declined an invitation last year to the traditional Nobel Prize banquet and ceremony on December 10 — the date of Alfred Nobel's death — pleading other commitments. He is performing concerts in Stockholm both Saturday and Sunday.
#Sweden #Nobel Prize #Bob Dylan #Alfred Nobel #Stockholm #Swedish Academy #Alice Munro #Nobel diploma #Canadian Nobel literature laureate
You May Also like: