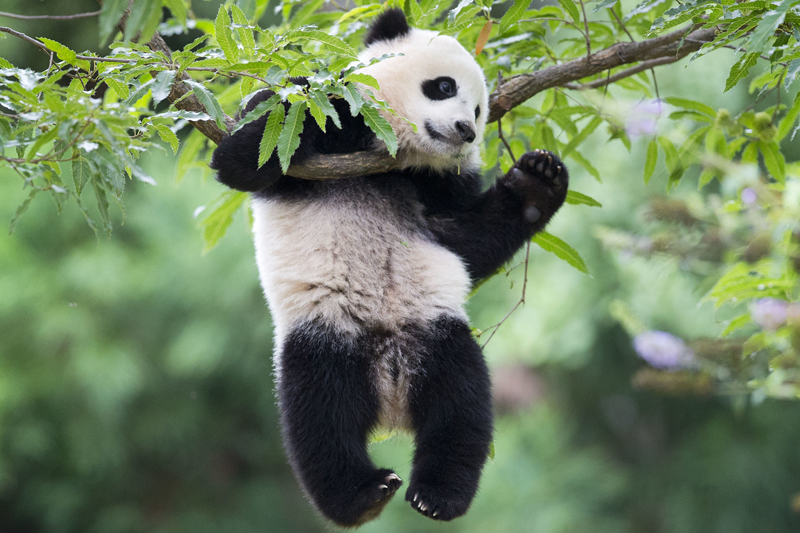 FILE - In this Aug. 23, 2014 file photo, panda cub Bao Bao hangs from a tree in her habitat at the National Zoo in Washington in Washington. Photo: AP
WASHINGTON: The National Zoo in Washington is saying a final goodbye to its panda cub Bao Bao. The zoo is packing up the American-born panda for a one-way flight Tuesday to China, where the 3-year-old will eventually join a panda breeding program. Bao Bao is scheduled to leave the zoo Tuesday morning and fly from Washington Dulles International Airport in Virginia to Chengdu, China, on Tuesday afternoon. The cub won't have to worry about finding overhead bin space or dealing with a talkative seatmate on the 16-hour, nonstop flight. She'll be the only panda on the plane, traveling with a keeper and a veterinarian. In preparation for the trip, keepers have packed Bao Bao's favorite foods, including bamboo, apples and sweet potatoes.
#China #US #panda #National Zoo #Washington Dulles International Airport
You May Also like: