Elegance at its best

Elegance at its best

Rasna Shrestha (MuCe) brought a scintillating start to the third day of Ruslan The Himalayan Times TGIF Nepal Fashion Week 2017 on April 7 at Hyatt Regency Kathmandu. Her collection Queen of Sands saw a play of golden hues, clean cut silhouettes and a variation of designs — from long kurtas, flared skirts to sheath dresses and long gowns. The colour definitely lent a royal touch to each piece. 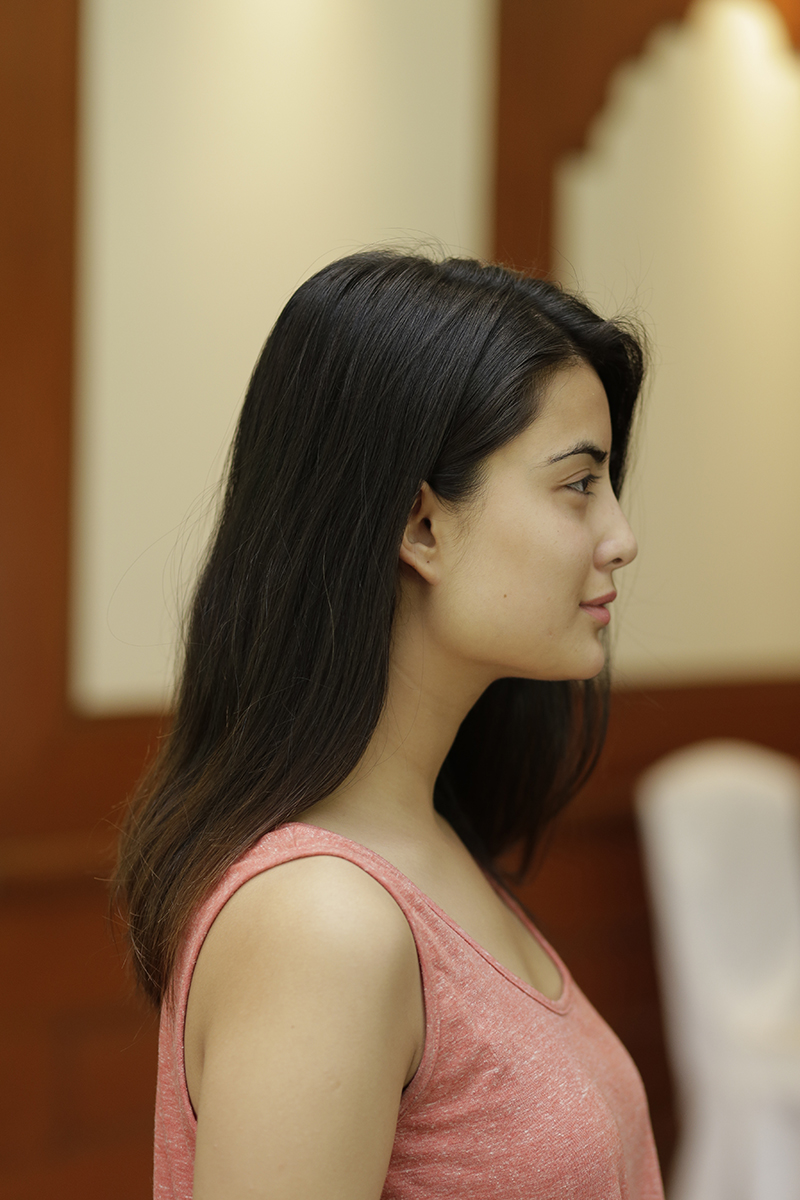 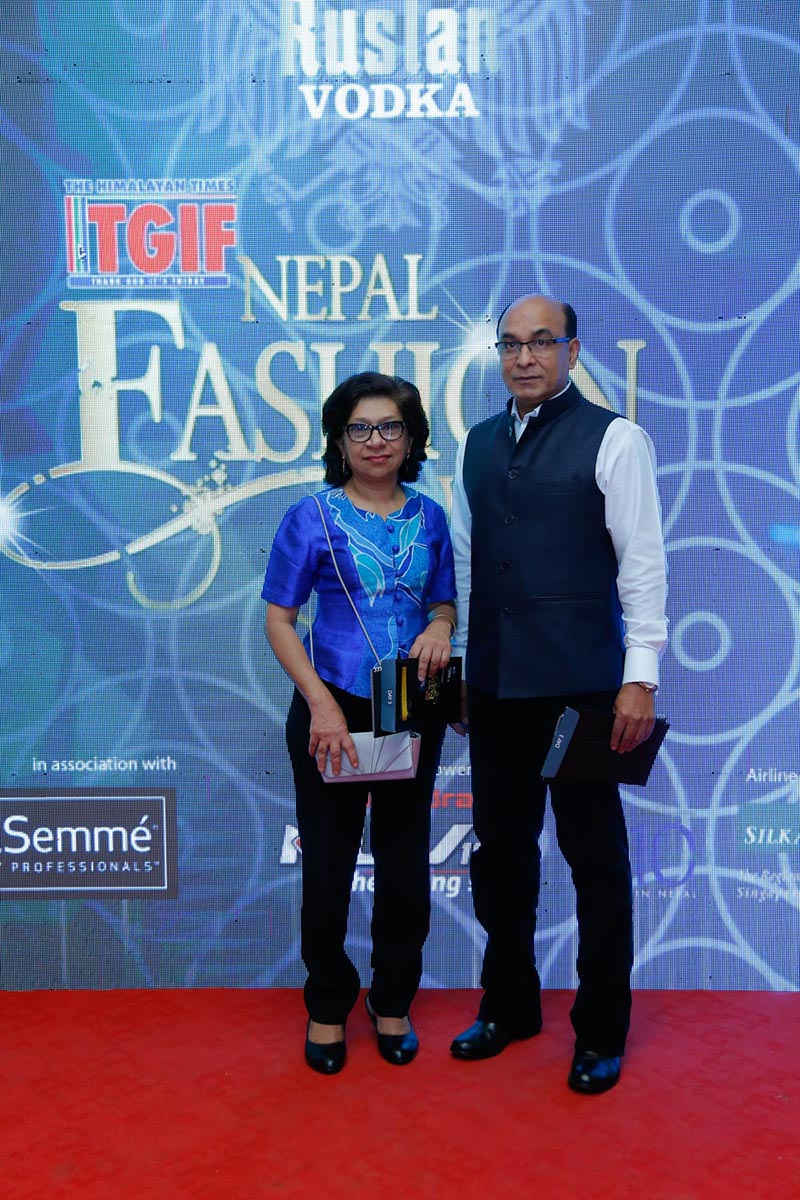 Sabah Nepal’s talented designers took over the stage with their innovative collection. They revived the traditional Dhaka fabric with contemporary designs. The Dhaka coats brought a fun and flirty element to the ramp; the formal A-line skirts, dresses and tops underneath were just as praise-worthy. Overall the outfits had a very young and vibrant feel to it.

Runa Manandhar’s collection Naya Sansar was equally pleasing. She offered an interplay of traditional wear with futuristic aesthetics; the embellishments were eye-catching. However, the designer played with a lot of bright colours, which did not blend well with some of the models’ complexion.

Student designer Ankit Kumar Agrawal’s bridal collection wove a story of its own through a fusion of traditional and modern motifs. The colours and elegant detailing left the audience applauding. Also the showstopper Malvika Subba looked amazing in a heavy traditional bridal leghenga, and she succeeded in stealing the show.

As they say ‘simplicity is the ultimate form of sophistication’, Daljit Sudan once more did not fail to impress the spectators. Her collection Navroz reflected elegance at its best with subtle colours — mostly olive green and white. She incorporated delicate woollen embroidery in fabrics such as linen and cotton, adding more beauty to each piece. However, the designer did compromise on the glamour factor. The main highlight of her collection was the gorgeous Kashmiri caps with polka crystals and pearls. The ending sequence choreography left the audience clapping.

The four-day event is sponsored by Ruslan in association with Tresemme and powered by Mahindra KUV100, with Silk Air as the airline partner.

At the designers’ stall

KATHMANDU: Ines de la Fressange once revealed that the secret to great style is to feel good in what you wear. In this year’s edition of TGIF Nepal Fashion Week, the spectators not only got to see the designs on stage, but also got the chance to feel each piece,

Unlike the preceding years, where the curtains came down on the collections after the last sequence, this year the show continued — off the ramp. The designers of each day put up their collections at an open display for the audience to try and feel the essence of their unique pieces.

“This is a great opportunity for designers to interact with potential buyers. However, since the pricing was a bit on the higher side as my collection is all about bridal wear, I did not make any on-the-spot sales. But, I am expecting a lot of bookings soon,” shared designer Archana Thapa.

Designer Anu Shrestha revealed, “I did not expect so many enquiries at just one show; I am getting a lot of Facebook messages. I got a chance to meet a lot of new buyers, and the chance to educate them about my designs. People were really surprised to know that my designs were individually hand-painted.”

Shifting away from the old school of thought that runway designs are not wearable, the designers showcased outfits that could be donned beyond the runway. The buyers have been provided the opportunity to purchase the outfits on-the-spot or opt for pre-bookings.

Also, a certain per cent of the proceeds from the sales will be going to Maiti Nepal.

“The designs were very wearable on a regular basis by women of all sizes. I am in contact with designer Anu Shrestha. I am really considering buying the yellow outfit with mandala print. I also loved Mukta Shrestha’s Tibetan themed lines of clothes, and have my eyes set on the jacket that Aastha Pokharel wore,” shared Nivida Lamichhane, Communications and Public Relations at Rockstart

Fashionably late, as they say, but guests’ ruffled feathers at the delay to the start were calmed once the lights lit up the ramp to showcase what our designers had dreamt up for Day 3 of Ruslan The Himalayan Times TGIF Nepal Fashion Week 2017

I love the show as the lights and stage setup were really impressive. This year I am here as an audience. Today  Daljit Sudan’s Navroz was the show stealer among established designers. Among the new entries, Runa Manandhar’s Naya Sansar was great with polished finishing on her designs. Likewise student designer Ankit Kumar Agrawal’s Buhari had beautiful designs.  Overall the show was great.

Overall all the collections were simply flawless. I loved the Queen of Sands by Rasna Shrestha (Mu Ce). It was inspired and based on the Egyptian theme, in fact it reminded me of my days in Cairo. The designs showcased by other designers were mesmerising and a visual treat. TGIF Fashion Week is getting more extravagant and lavish with time. Hoping to see such developments in the future too.

I found the show to be on the level of international standard. All the

designs were really nice, so it’s difficult to say which one was the best; but if I had to choose, it’d definitely be the first one by Rasna Shrestha (Mu Ce). The models were also quite good. I think the Nepali fashion industry is doing better day by day.

It feels nice to see talented designers getting a platform to showcase their work. The show was very

impressive and my son enjoyed it a lot as well. I really liked Rasna Shrestha’s designs.

I have been attending this event since its inception and I must say the show has simply crossed its height. It’s out of the world. Daljit Sudan’s collection was simply beyond one’s imagination with all the fabrics, texture and the jewels. The show was professionally done with good sound, lights, and set-up. Though there was a slight delay in the beginning, I did not feel how the time went. I am superbly amazed.

I literally got ****** off when the show did not start on time. However, as it began I cooled down. I liked the concept, it was very precise with different themes. The presentation was different, the ambience and music were well combined too. I felt there should have been some variety in models — last year there were some international models unlike today. Overall, it was good.