ALBUQUERQUE, NEW MEXICO: War is Peace. Freedom is Slavery. Ignorance is Strength. Those were the slogans of the Party in George Orwell's 1949 novel "1984" that allowed the superstate of Oceania to keep its population under control. The Thought Police thwarted dissent. The Ministry of Truth promoted lies. The Ministry of Love tortured lovers. 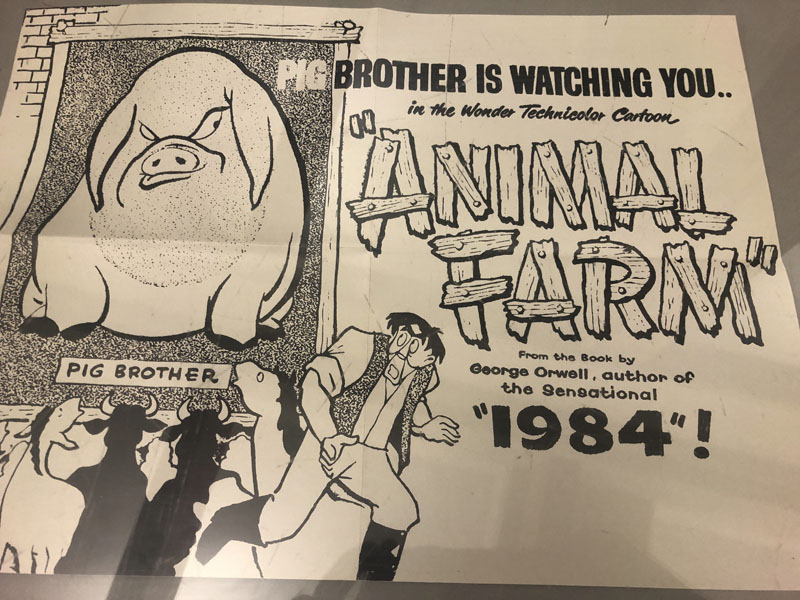 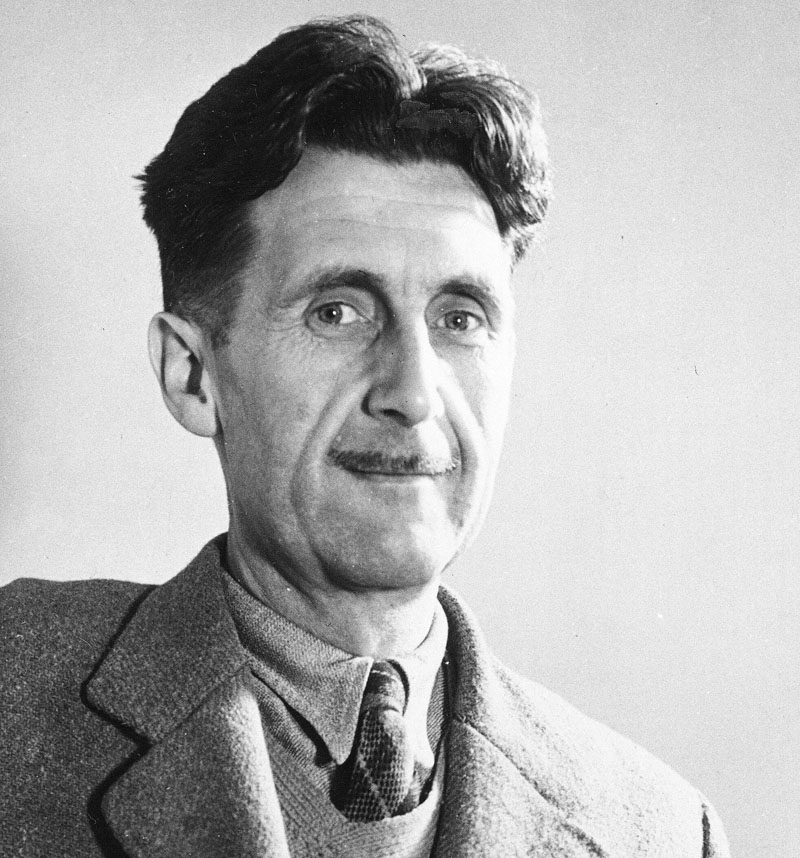 In this undated file photo, writer George Orwell poses at an unknown location. A George Orwell exhibit in New Mexico is tackling the themes of the novelists work from 1984 to Animal Farm. George Orwell: His Enduring Legacy, which runs to April at the University of New Mexico, features posters and material related to work challenging totalitarianism. Photo: AP/File
Those dystopian warnings about the fake becoming the gospel have shaped the minds of generations since they appeared in print more than a half-century ago. And now a new exhibit on Orwell at the University of New Mexico's Zimmerman Library in Albuquerque, New Mexico seeks to remind people about the author's premonitions amid a new — yet very familiar — era. "George Orwell: His Enduring Legacy" which runs to April, features posters and material related to "1984" and his 1945 allegorical novella, "Animal Farm." It also contains rare Orwell books in different languages to highlight his reach and evolution as a writer. The British-born Orwell, who died in 1950, was known for "Animal Farm" and "1984," both of which tackled totalitarianism. Orwell's "1984" has become a best-seller in the US again during the Trump administration. The exhibit was sparked after a longtime advocate and employee of the University of New Mexico University Libraries donated his collection of rare Orwell books. For years, Russ Davidson, a University of New Mexico professor and curator emeritus, amassed rare Orwell books from around the world. Those rare works included first editions of "Animal Farm" and "1984" in Icelandic, Ukrainian, Swahili, French, Urdu, German, Hungarian and Spanish. He also obtained first, early and other scarce editions of many of Orwell's other books, essays, and reportage. Such unique books are on display in the exhibit. Yet, the most captivating aspect of the small but powerful exhibit is the art and objects connected to themes and Orwell's life. Artefacts and posters from the Spanish Civil War are shown to illustrate how the conflict played a role in Orwell's intellectually formation. Orwell fought against a right-wing military coup in Spain but fled after he was shot in the throat and officials sought his arrest. The campy book cover art also is seductive, offering commentaries about the eras the editions were produced rather than the work inside. In one edition of "1984," for example, the cover features characters for the Sen Joseph McCarthy Era 1950s with the words "forbidden love...fear...betrayal." It's almost as if the novel was merely a pulp fiction soap opera found at Route 66 gas stations, except it's not. Then, there are the portrayals of Napoleon, the authoritarian pig in Animal Farm. Red posters show Napoleon in the military gear of communist Eastern Europe. Other images show his celebrating his abundance at the sake of others, since, "all animals are equal, but some animals are more equal than others." Journalists, academics and political observers of every succeeding generation since Orwell's untimely death have argued that Orwell remains relevant in their time. And, yes, the same could be said of today. Orwell's concepts of doublespeak (deliberately euphemistic, ambiguous, or obscure language), newspeak (doublespeak for political propaganda) and thought crimes (thoughts deemed illegal by a mob or a government) continued to be cited in response to current events. President Donald Trump's practice of blurting falsehoods — like saying, "The Kurds are much safer right now" after Turkey invaded Kurdish strongholds — have been called Orwellian. The same has been noted for some Democrats. California Gov Gavin Newsom claimed in August that the "vast majority" of San Francisco's homeless people came from Texas. (A 2019 report found 70 per cent had previously lived in the city). Even in New Mexico, the most Hispanic state in the US that sits along the US-Mexico border, Orwellian concepts in practice have emerged. In 2016, for example, a left-leaning immigrant rights group denounced then-Republican Gov Susana Martinez and her attempts to revamp a state law that allowed immigrants in the country illegally to obtain driver's licenses. The group called a potential compromise to create a "two-tier" system to issue two types of licenses — one compliant with the federal REAL ID Act — nothing but a "scarlet letter." After New Mexico Democrats said it would support the compromise and the bill passed, the group changed course and publicly and proudly claimed Martinez lost. But she won.
#George Orwell #New Mexico #1984 #Animal Farm
You May Also like: