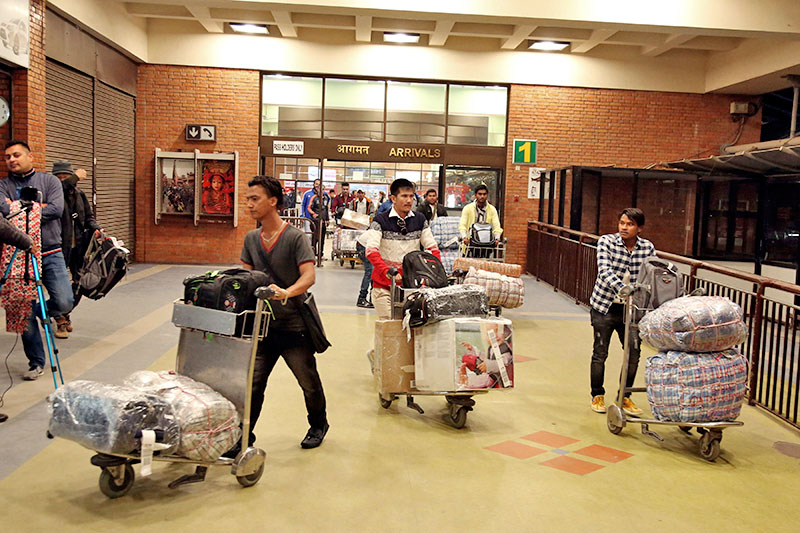 KATHMANDU: As many as eleven Nepali workers, who were stranded in course of foreign employment in Oman, have been rescued and sent back to Nepal recently.

They were rescued in coordination with the Nepali Embassy in the gulf state.

The Embassy stated in a press release that stranded Nepali migrant workers were sent back home after completing all legal procedures of Oman.

These migrant worker swere denied of facilities as mentioned in their contract paper, the Embassy stated in the statement.

The Embassy said 20 Nepali workers who had reached Oman as scaffolding workers at the Sohar-based Muwaradbadi Hiwi Modern Trade (ASTD) Company were in trouble.

Out of the 20 workers, 11 had approached the Embassy seeking help.

A team from the embassy contacted these stranded Nepali workers at Barka, some 165 kilometres from the company where the workers were said to be employed, during an on-site monitoring some days back.

The embassy itself sent the workers back home after repeated contacts and discussions with the sides concerned failed to find a solution there.

The embassy has also written to the office concerned in Oman, recommending legal action against the company.

Embassy also said that it is making efforts for repatriating the remaining workers as well after addressing their problem.