Sapkota to be elected speaker unopposed

Ruling Nepal Communist Party’s candidate for speaker of the House of Representatives Agni Sapkota is almost certain to be elected unopposed as none of the other parties represented in the HoR fielded their candidates.

Main opposition Nepali Congress leaders had earlier said the NC would field its candidate for the election to ensure that Sapkota, who faces a murder case sub-judice in the Supreme Court, was not elected unopposed to the post that had remained vacant since the arrest of Krishna Bahadur Mahara in October on the charge of attempt to murder. 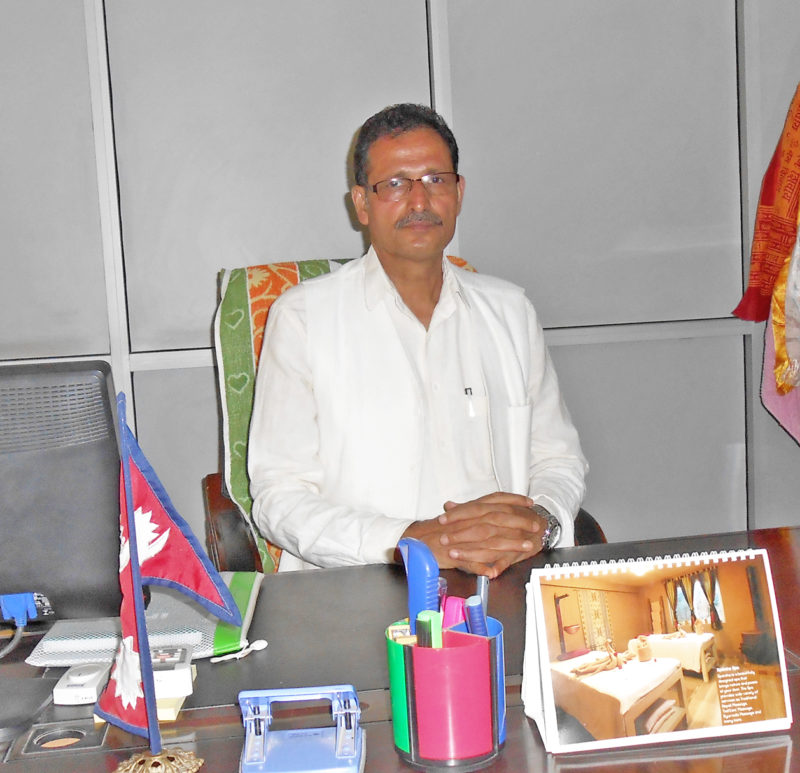 File - Minister for Forests and Soil Conservation Agni Prasad Sapkota, at his office in Singha Durbar, Kathmandu, on Tuesday, May 24, 2016. Photo: RSS

Immediately after the NCP nominated Sapkota as candidate for speaker, NC Spokesperson Bishwa Prakash Sharma wondered in a tweet whether the Parliament was a platform to grant immunity to those facing criminal cases.

However, a meeting of the NC parliamentary party’s working committee this morning decided not to contest election. The NC stated that the ruling NCP had a comfortable majority in the Parliament and the speaker’s post demanded a neutral incumbent.

“Since the speaker is someone who needs to play the role of a neutral coordinator taking along all parties together, we decided not to contest,” said NC Whip Pushpa Bhusal.

The NC’s decision follows NCP Chairperson Pushpa Kamal Dahal’s separate meetings with NC President Sher Bahadur Deuba and senior NC leader Ramchandra Paudel today. In the meeting, Dahal was successful in convincing NC leaders that Sapkota should be elected unopposed, and in return, he would help the NC get the deputy speaker’s post, sources said.

NCP standing committee member Devendra Paudel confirmed today’s meetings between Dahal and NC leaders. Paudel, however, said the party had yet to take a decision, and that talks were under way with the NC, Rastriya Janata Party-Nepal, and Socialist Party-Nepal on the matter.

The RJP-N is also in the race for deputy speaker. Speculations that RJP-N would bag the post got currency after it forged an alliance with the NCP for National Assembly elections slated for Friday.