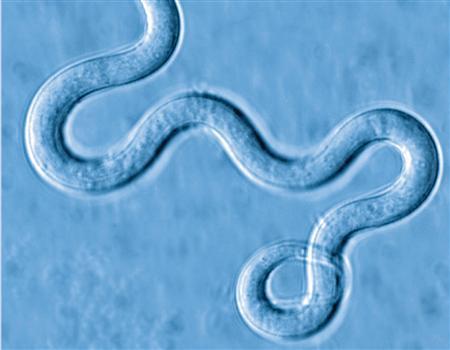 An undated image provided by the journal Science shows an enlarged view of the tiny parastic worm called Brugia malayi, which causes the disease elephantiasis. Reuters
Kathmandu, February 6 The anti-elephantiasis drug administration campaign is beginning in 30 districts of the country from March 4. Under a three-day campaign to be coordinated by the Division of Epidemiology and Disease Control under the Department of Health Services, the government plans to administer anti-filarial drugs to 10.5 million people above two years of age, division’s focal person Tulasi Adhikari said. However, children under two, pregnant women, people with chronic diseases and new mothers have been advised not to take drugs against the disease. Distribution of drugs from booths and door-to-door programmes will be carried out as part of the campaign that has been included in the annual calendar of the ministry since 2003.
#Department of Health Services #Anti-elephantiasis campaign #Elephantiasis #anti-elephantiasis drug administration campaign #Division of Epidemiology and Disease Control #DoHS
You May Also like: