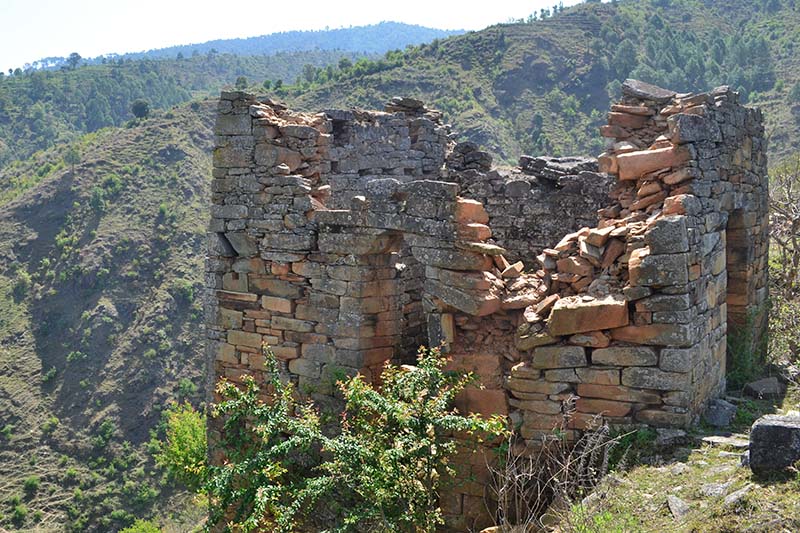 Twenty years on, construction of Dadeldhura's Baghkhor-Ajayamerukot road section is still incomplete. The project to construct the 18 km road had begun in 1996/97.

The government has been allocating a budget of Rs 4 to 5 lakhs every year to the project which was initiated with the objective of developing Ajayamerukot, a historic site, into a tourism destination. However, only nine kilometre of the road section has been opened so far.

A local Tej Bahadur Eir attributed the delay to extreme politicisation of the project.

"Every year, a new road users' committee is formed, but members of the committee are chosen based on their political affiliation rather than the interest of the project. The project has suffered as a result," Eir said, lamenting the freezing of budget every year.

"Ajayamerukot was the capital of the Chaubise states in the 12th century. But with the negligence of concerned authorities, the place is slowly disintegrating," said another local Harilal Eir.

On his part, Local Development Officer Gyanendra Parajuli of Dadeldhura said he would talk with locals and the DDC staff about the project's abysmal progress. "I have only been deployed here a month ago, and I don't know everything about the project. I will talk to stakeholders and do what needs to be done to make sure that the project is completed soon," he pledged.