Crisis if not 3 elections by January 2018, warns Oli 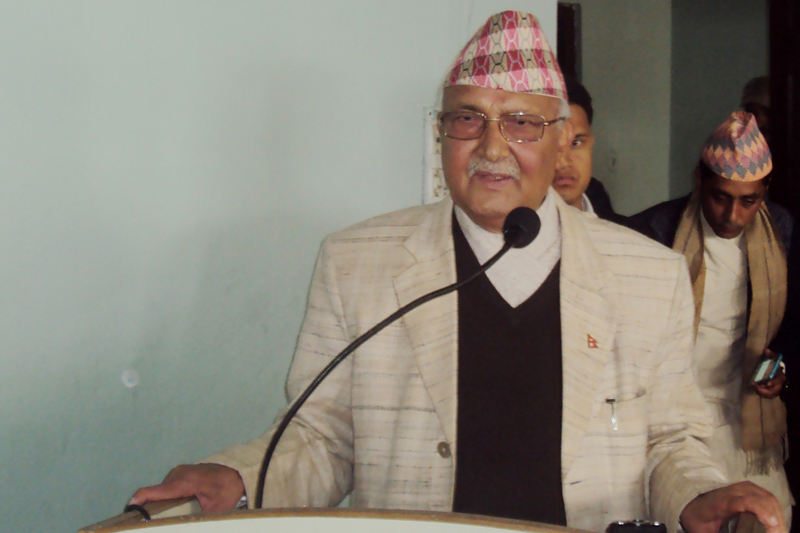 CPN-UML Chairman KP Sharma Oli addresses a function in Biratnagar of Morang district on Saturday, February 4, 2017. Photo: RSS
BHOJPUR: CPN-UML Chairman KP Sharma Oli on Saturday warned that the nation would fall into a constitutional and political crisis if the government could not hold local, provincial and federal elections by January next year. Claiming that the government was not in favour of holding polls on time, the main opposition leader at the House said the UML would take over to hold the elections on time if the incumbent government failed. He was addressing a function organised on the occasion of the 19th anniversary of Press Chautari Nepal in Biratnagar of Morang district today. Meanwhile, the former Prime Minister also expressed concerns over the spread of false reports by some media and demanded that they should be punished. The leader on the occasion conferred different awards on various journalists. READ ALSO:
#CPN-UML #KP Sharma Oli #local polls #Press Chautari Nepal #constitution implementation
You May Also like: