DoI signs MoU with FNCCI to collect data of industries 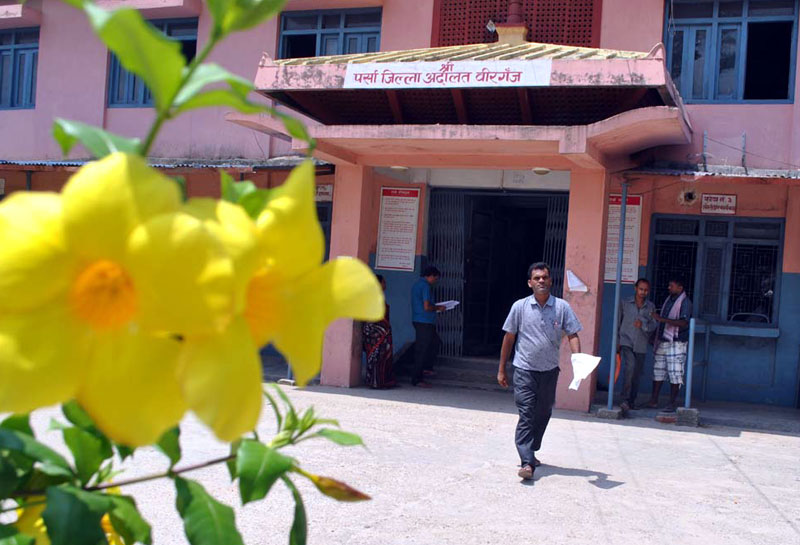 Parsa District Court. Photo: Ram Sarraf
BIGUNJ: Divorce cases in Parsa district doubled in the fiscal year 2014/15 in comparison to the number of cases in the previous year. According to the Parsa District Court, 133 couple applied for divorce at the Court in FY 2014/15. The number of such applications was 60 in the previous year. The Court officials said that early marriage and foreign employment are two major reasons behind growing divorce in the district. As people get married in an early age without seriously thinking about their chemistry, but for dowry, they are likely to severe ties later, a Court staff Shambhu Kumar Basnet said. Likewise, while a spouse stays abroad for a long time, the other develops suspicions over his/her activities, leading to divorce, they claimed. Basnet informed that of total divorce cases registered, most involve foreign employment returnees.
#foreign employment #Parsa district #dowry #divorce #divorce cases #Parsa District Court #early marriage
You May Also like: