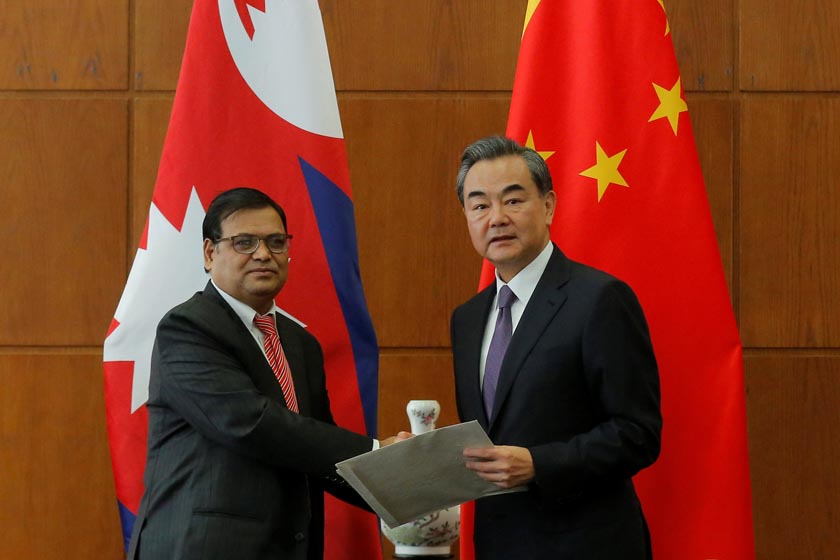 Deputy Prime Miniser Mahara, who looks after the Ministry of Finance, embarked on a special mission to China yesterday.

The meeting was held at the China's Ministry of Foreign Affairs in Beijing this morning.

Join-Secretary at the Ministry of Foreign Affairs, Jhabindra Prasad Aryal, and other officials from Embassy of Nepal in Beijing accompanied Mahara during the meeting.

The Maoist Chairman Pushpa Kamal Dahal-led coalition government on August 11 had decided to send special envoys to China and India to brief their governments about its priorities amid political changes in Nepal.

Mahara off to China as Nepal PM’s emissary