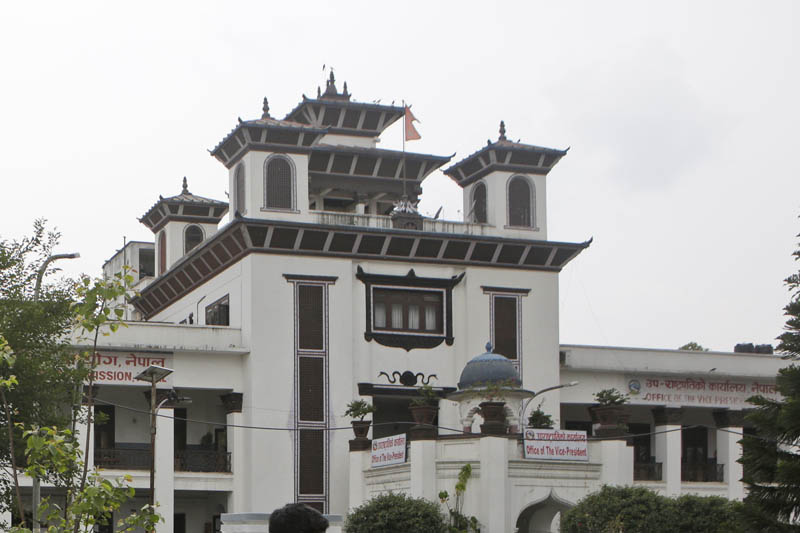 The building of Election Commission Office in Kathmandu, as captured on Wednesday, May 3, 2017. Photo: AP

The Election Commission today said political parties and their candidates were violating election code of conduct even during the no-campaigning period that began two days before the polling day.

The election body has asked political parties and candidates to stop campaigning immediately and warned of action against those ignoring its diktat.

“We have got complaints of poll conduct violation from several districts,” said Chief Election Commissioner Ayodhi Prasad Yadav at a book-launching ceremony in Kathmandu. He said the EC had started investigating the complaints and would not hesitate to take action against the guilty.

The EC said Local Level Elections Directive, barred political parties and candidates from campaigning or soliciting votes during the silence period. Likewise, keeping election symbols and campaign material within a radius of 300 metres of polling centres and carrying out poll campaign via social media or through messaging services would also violate poll code of conduct.

CEC Yadav asked political parties and candidates not to influence voters during the silence period. “Let the voters use their own wisdom,” said Yadav.

Yadav also urged civil servants, educated people and social workers of the Kathmandu Valley, where voter turnout has traditionally been lower compared to other parts of the country, to cast their votes early.

#Election Commission #Election Code of Conduct #poll campaigning
You May Also like: