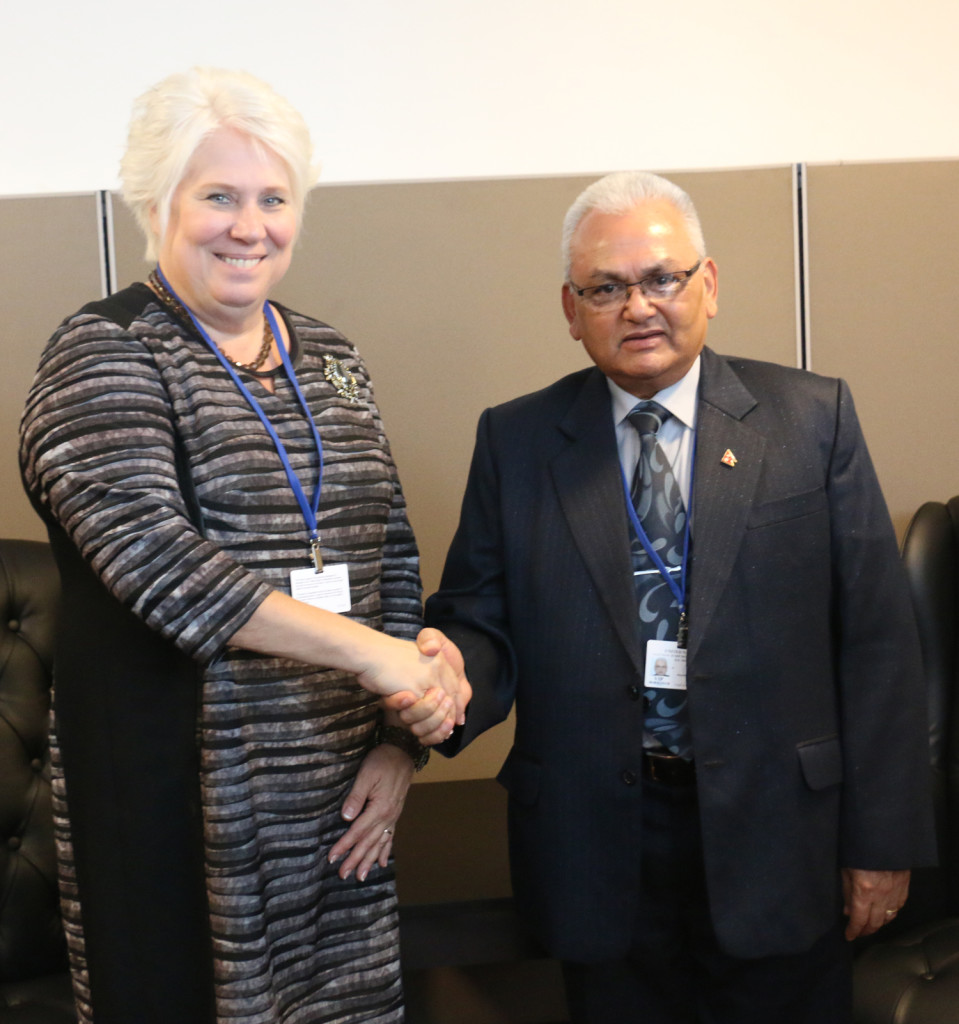 Both the leaders attending the 70th session of the UNGA held discussions on the issues of Nepal-Estonia bilateral relations and cooperation.

On the occasion, Marina congratulated Nepal and Nepalis on the promulgation of democratic and inclusive constitution through the Constituent Assembly (CA).

It is said that the Foreign Minister for Estonia also enquired about further areas of Nepal-Estonia cooperation in Nepal.

Likewise, Minister Pandey expressed the hope that Nepal would move ahead on the path of peace, stability and development with the promulgation of new constitution.