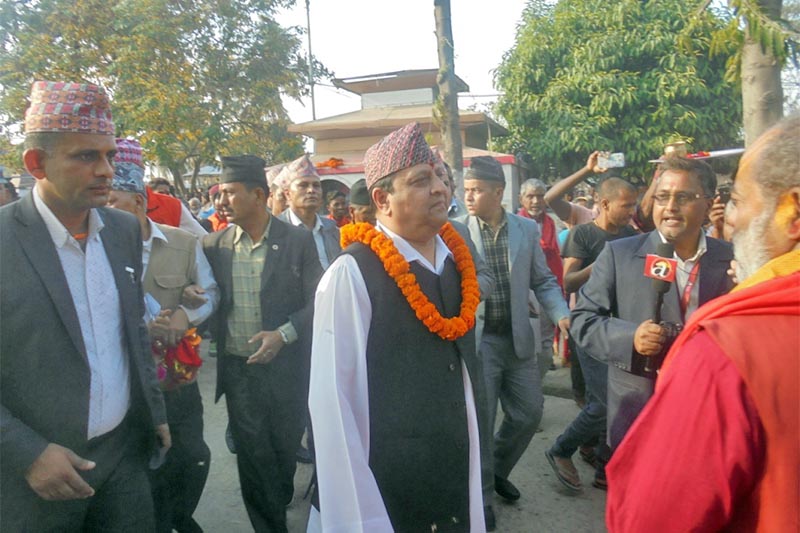 Former king Gyanendra Shah arrives in Saptari to offer prayers at Chhinnamasta Bhagwati temple today. Photo: Byas Shankar Upadhyay/THT
RAJBIRAJ: Former king Gyanendra Shah has arrived in Saptari to offer prayers at Chhinnamasta Bhagwati temple in the district on Sunday. After fifteen years, the former royal arrived at the temple around 4:30 pm today and offered a special 20-minute pooja to deities in the temple. Saptari journalists enquired the former king about restoration of monarchy; in reply, the former monarch urged them to seek answers from the general public. In another instance, the former royalist shunned journalists after they asked him his take on the recent political developments in the country. Shah was welcomed by a mass of cadres affiliated to royalist political groups and Hindu right-wing party upon his arrival in the district. The former king is touring the Tarai districts and offering prayers at various temples. READ ALSO:
#saptari district #Former King Gyanendra Shah #Hindu right-wing party
You May Also like: