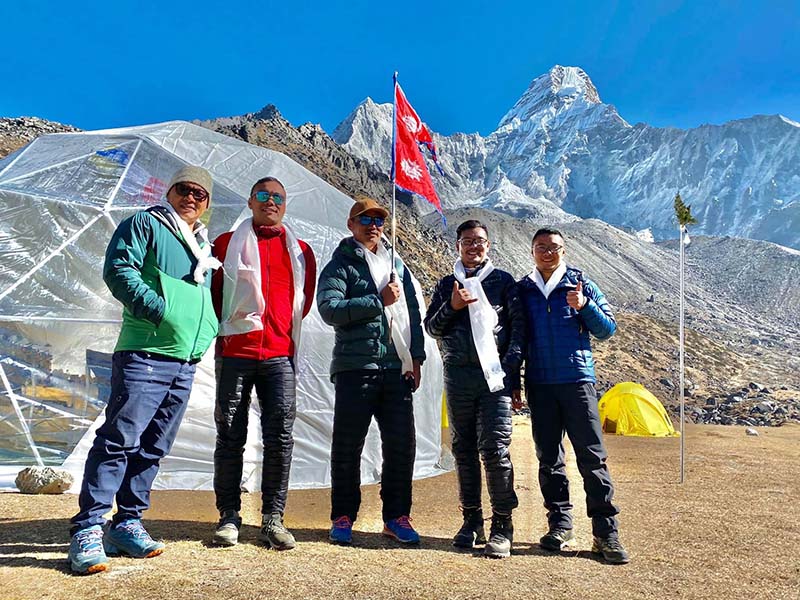 The eight-member expedition team reached atop the mountain between 7:57 am and 8:15 am, according to the manager at Seven Summit Treks, Thaneswar Guragai.

Of the climbers, Mingma Sherpa is the first South Asian to scale all 14 peaks above 8,000 metres.

Expedition director Chhang Dawa and his brother Mingma together hold the world record as ‘first brothers to summit all 14 peaks.

Likewise, Tashi Lakpa Sherpa is the youngest person to climb Mt Everest (8,848m) without the use of supplementary oxygen.

The expedition team members Sophie and Dawa Sangay reached the top of the mountain at 9:50 am.