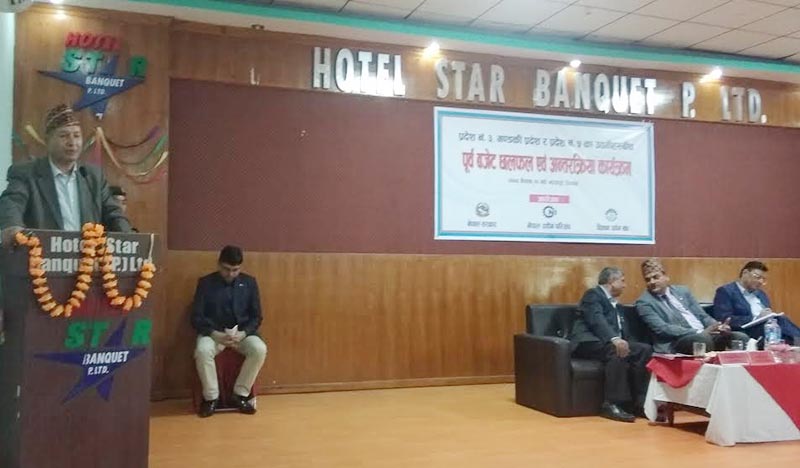 Speaking at a pre-budget interaction organised by the government, Confederation of Nepalese Industries, Province 3, Gandaki Province and Province 5 in Bharatpur, Khatiwada urged entrepreneurs to move ahead with a sense of oneness. Noting that many problems related to entrepreneurs and industrialists were being resolved, Khatiwada assured that the government was doing its best to resolve other problems. “Many laws and acts have been made while others are being formulated. All the problems will be resolved soon,” he added.

Stating that banks and financial institutions lacked loanable money, Khatiwada said the government was working towards bringing stability in the interest rate so that banks would not

experience liquidity crisis. He made it clear that his ministry was not in favour of handing massive grants to the banks.

Khatiwada said the government was exercising to ensure that Nepal would not be a dumping site for cheap and sub-standard goods imported from outside the country.