Kanak Dixit may be presented before Special Court today 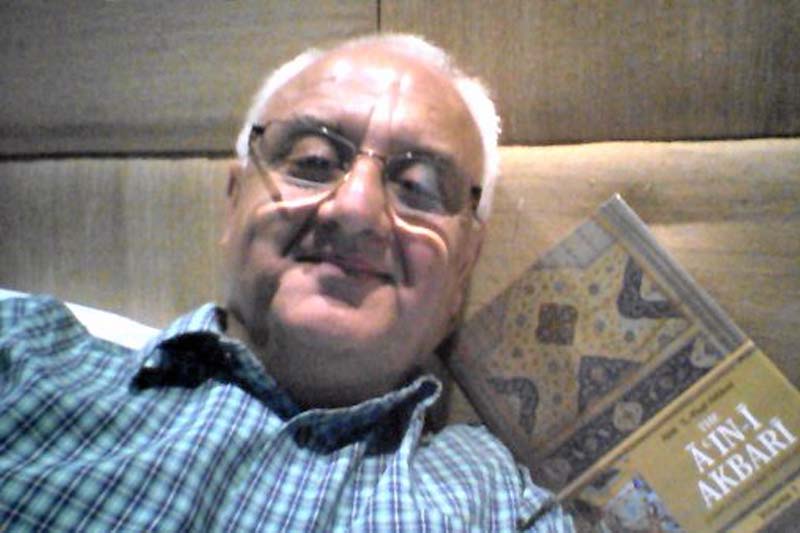 Journalist Kanak Mani Dixit. Photo: https://twitter.com/KanakManiDixit
Kathmandu, April 23 Sajha Yatayat Chairman Kanak Mani Dixit, who was taken into custody by the Commission for the Investigation of Abuse of Authority yesterday, was admitted to Intensive Care Unit of Bir Hospital today after he experienced high blood pressure. According to Kunda Dixit, his brother Kanak Mani, who is also a noted journalist and a human rights activist, was advised by the doctors to remain hospitalised for some time. Kunda Dixit said his brother’s blood pressure was 180/120 when he was hospitalised today. Kunda Dixit said his brother was being watched by gun wielding police personnel at the hospital. Kanak Mani’s wife Shanta Dixit said her husband thanked CIAA Chief Lok Man Singh Karki for allowing him to get all the tests done. Spokesperson for the CIAA Krishna Hari Pushkar said the anti-graft body would present Kanak Mani before the Special Court tomorrow after recording his statement and it would do things as per the court’s order. Pushkar said if Kanak Mani was discharged from the hospital soon, the anti-graft body would present him before the court and in case he was required to remain in hospital tomorrow as well the anti-graft body would approach the Special Court with documents stating the reasons for the absence of Kanak Mani from the court. Pushkar said the CIAA had detain Kanak Mani, as he refused to cooperate with the investigation that the anti-graft body had launched into the allegation that he amassed property illegally. Senior Advocate Lav Kumar Mainali told THT the CIAA would have two options tomorrow - either to release Dixit on bail or without bail upon requiring him to be present before it on a fixed date or present Dixit before the Special Court seeking further detention for carrying out investigation in the case. According to Mainali, the Special Court could authorise the CIAA to extend Dixit’s detention in order to carry out further investigation or order the CIAA to carry out investigation without keeping Dixit in detention.
#Commission for the Investigation of Abuse of Authority (CIAA) #Kanak Mani Dixit #Sajha Yatayat Chairman #Intensive Care Unit (ICU) Bir Hospital
You May Also like: