LBRC to submit report within next three days 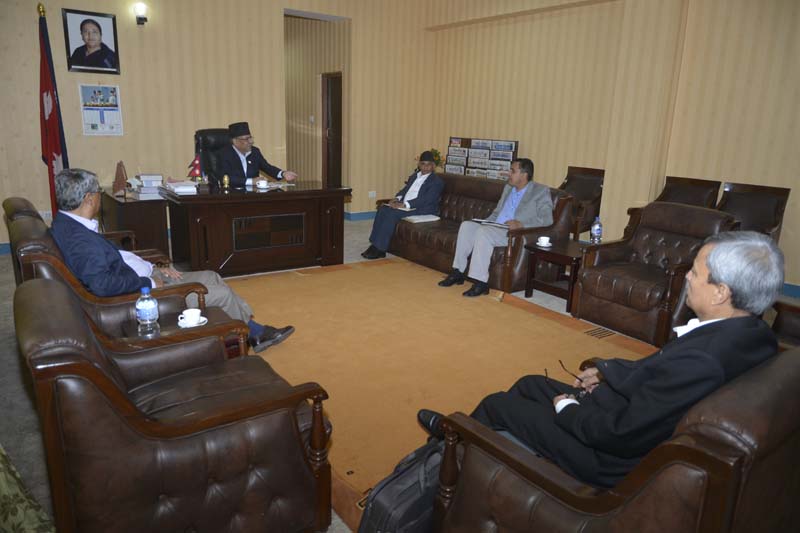 FILE: PM Pushpa Kamal Dahal among other major party leaders hold a meeting with the Local Body Restructuring Commision in Kathmandu, on October 3, 2016. Photo: PM's Secretariat
KATHMANDU: The Local Body Restructuring Commission (LBRC) said it would submit its report by incorporating recommendations on number and delineation of local bodies as per the new Constitution, by December 15. LBRC Chairman Balananda Paudel said submitting the report within next 10 days would be possible though the seven districts of Tarai including Bara, Parsa, Rautahat, Sarlahi, Mahottari, Siraha and Saptari were yet to submit the reports. LBRC member Sunil Ranjan Singh said the Commission was in the final phase of preparations for submissions of the report. The Commission had begun its work on March 17.
#new constitution #delineation #Local Body Restructuring Commission #LBRC report
You May Also like: