The rains have led to wide-scale flooding in a broad arc stretching across the Himalayan foothills in the three countries, causing landslides, damaging roads and electric towers and washing away tens of thousands of homes and crops.

The northern Indian states of Bihar, Uttar Pradesh, West Bengal and Assam in the remote northeast are the worst hit, accounting for 680 deaths, most of them from drowning, snake bites or landslides.

Disaster management authorities in Bihar said the state's death toll of 367 could go up further as floodwaters recede and bodies are recovered from submerged houses. 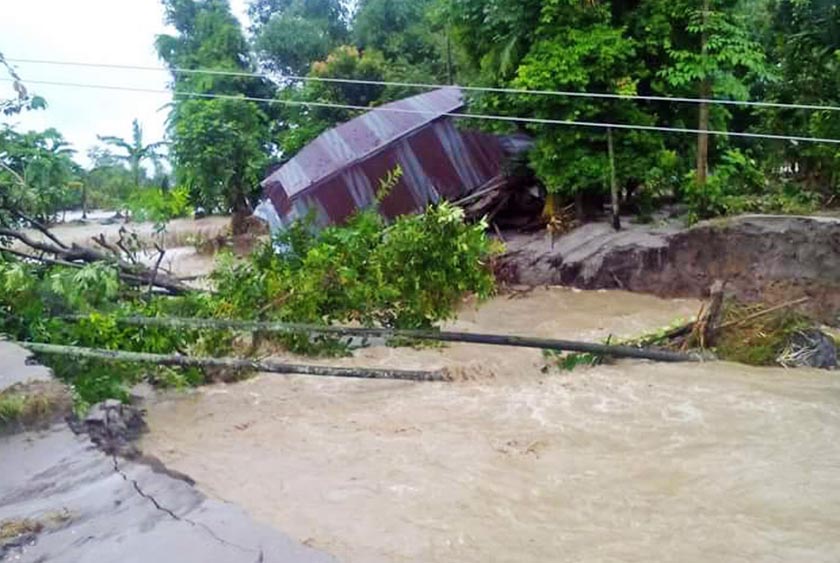 A house being pulled down by floods in Bakra Khola at Khabejhoda of Madhumalla in Morang district on Tuesday, July 26. Photo: RSS 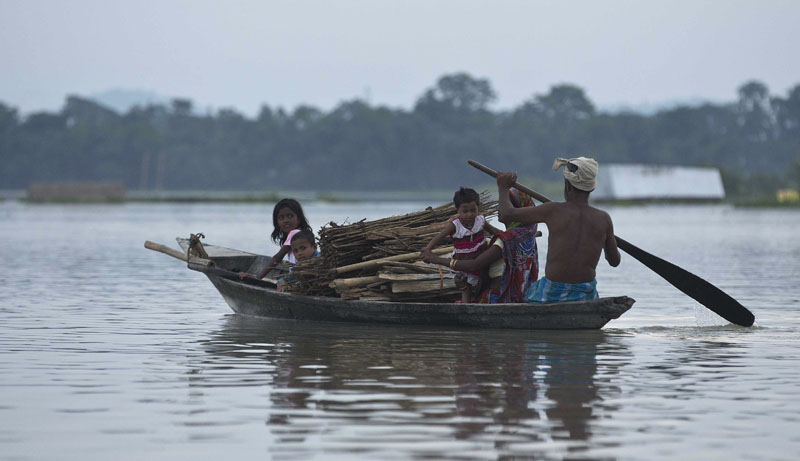 A flood affected family moves on a boat at Sildubi village, in the northeastern Indian state of Assam, Friday, July 29, 2016. Photo: AP 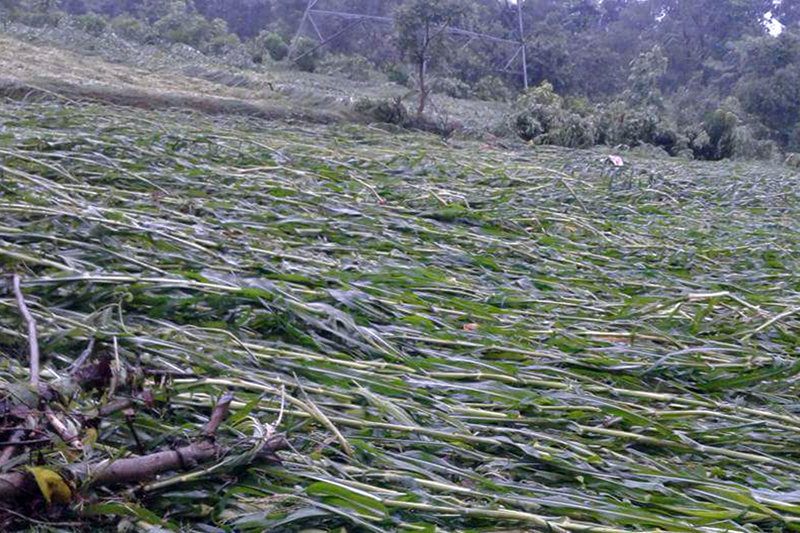 The UN World Food Program said that Bangladesh was at risk of "devastating hunger" after major floods that destroyed crops, homes and livelihoods of people across many impoverished areas in a delta nation of 160 million people.

"Many flood survivors have lost everything: their homes, their possessions, their crops," Christa Rader, WFP's Bangladesh country director, said in a statement. "People need food right now, and the full impact on longer-term food security threatens to be devastating."

The death toll from the floods in Nepal stood at 146, with about 30 missing.