Library set up at prison office in Chitwan

KATHMANDU: Team NEPO, Chitwan has set up a library at the prison office in Chitwan in collaboration with Leo Club of Bharatpur Youth and Rotary Club of Chitwan on the occasion of 299th Prithivi Jayanti. The library has been set up to help make the prison a correction centre rather than a place of punishment, as per  Team NEPO. Moreover, it will provide an opportunity to every inmate for self-improvement and reintegration into society. 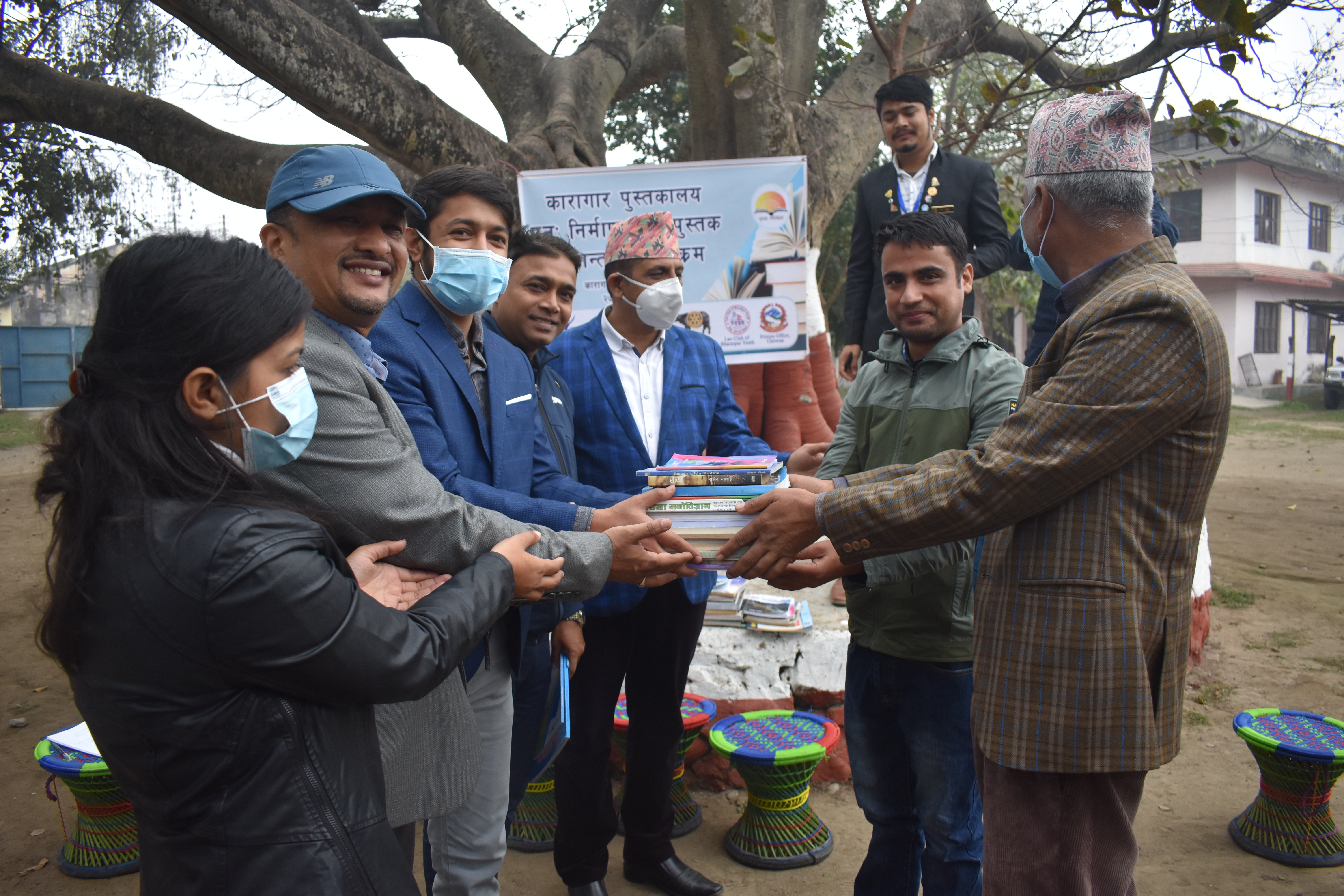 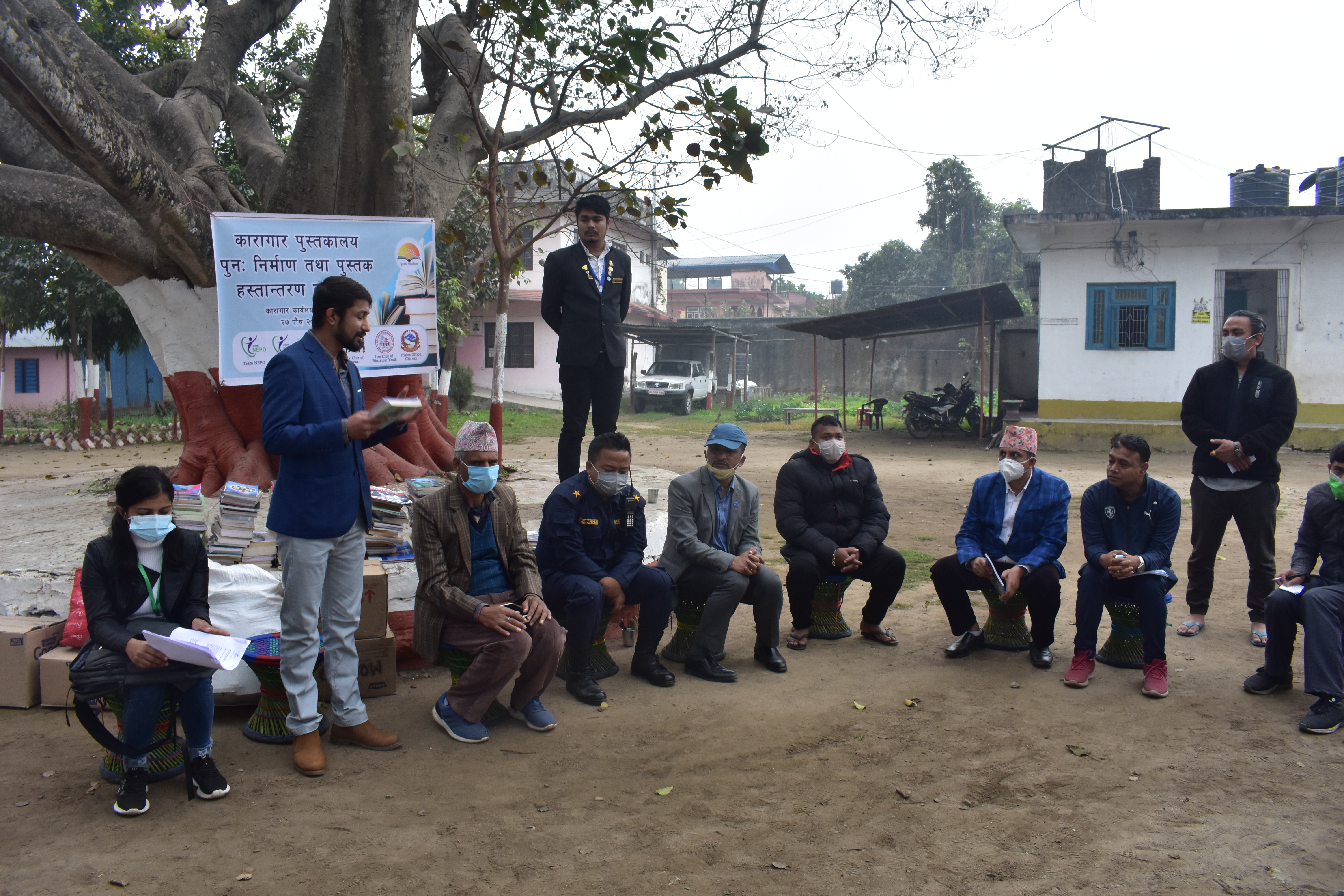 Photo Courtesy: Nigam Paudel/Team NEPO
The prison library was inaugurated on Monday morning. Founder and central president of Team NEPO Nigam Paudel along with guests handed over 808 books to prison in-charge Kamal Prasad Kafle. “While we are giving numerous talks on SDGs and quality education, the inmates in our prisons have no access to reading and writing activities. Meanwhile, a single book can be a change agent to prepare inmates for re-entry into the society. With this, we at Team NEPO initiated a campaign 'Pustak Pariyojana' two years ago aiming to setup libraries across all prisons nationwide," said founder Paudel. Furthermore, he highlighted that this campaign is not limited to establishing libraries but it is rather a movement to promote the culture of reading and transform prisons into correction centres. Kamal Prasad Kafle, the prison in-charge, welcomed the activists and appreciated their effort in setting up the library. The programme was chaired by Madhavi Gaire, district representative of Team NEPO, Chitwan and run by Dipesh Gyawali, president of Leo Club of Bharatpur Youth. Gaire highlighted that library in a prison could help break the sense of isolation and banishment among the prisoners, thus fostering their mental health. Earlier, libraries were set up in Arghakhanchi, Syangja and Tanahun prisons under the campaign. At present, there are 691 inmates in Bharatpur Prison.
#Team NEPO #Library setup in prison #Pustak Pariyojana
You May Also like: