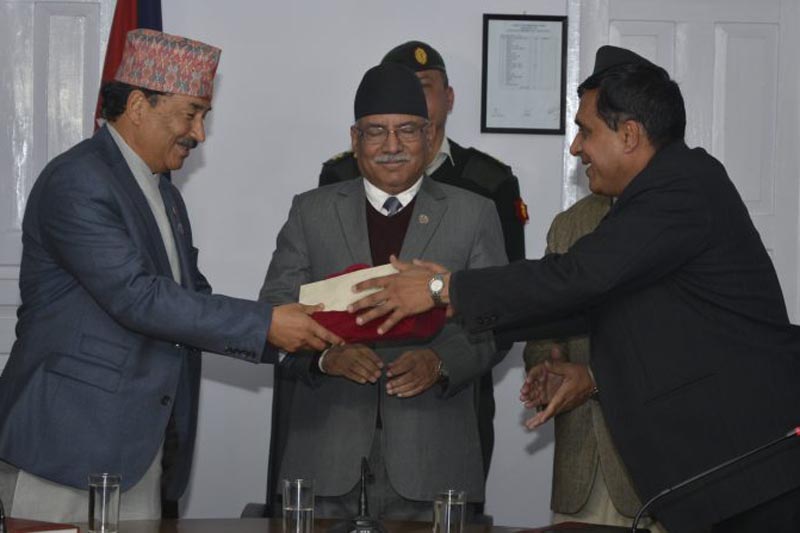 KATHMANDU: The Local Bodies Restructuring Commission on Monday submitted its final report to the government, without delineating special, autonomous and protected areas as assigned by the Constitution.

On the occasion, Paudel suggested that the government conclude delineating special, autonomous and protected areas in consultation with political parties.

He also suggested that the government clearly define rights of the federation, provinces and local bodies for they overlap as mentioned in the Constitution currently, the PM's Secretariat informed in a statement this afternoon.

The statement, however, does not mention anything about what the Prime Minister said about the pending tasks.

He just appreciated the LBRC for "completing [works on] such a serious and complex issue" and said the government would begin its implementation.

He said the governing rights would reach the local level for the first time after the implementation.

DPM Thapa praised the constitutional provision on rights of local bodies claiming they were one of the best in the South Asia region.