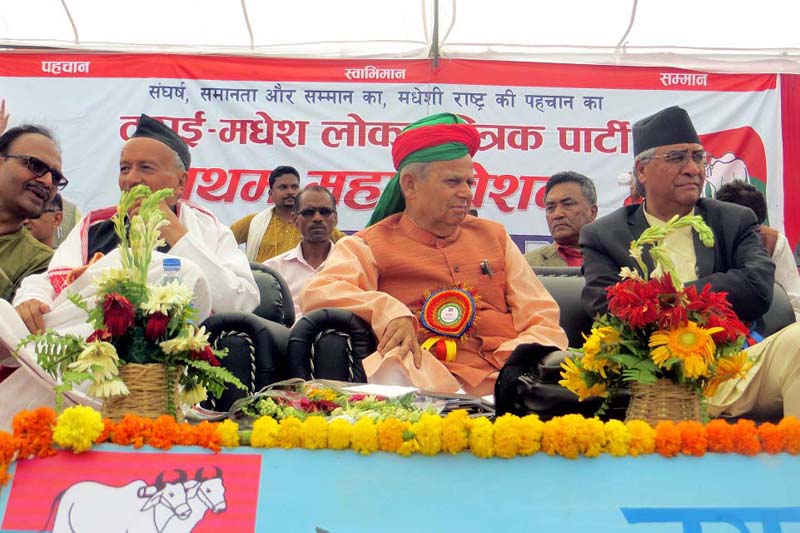 NAWALPARASI: The first general convention of the Tarai Madhes Democratic Party (TMDP) has given the authority to pick the party office bearers and members to the party Chairman Mahantha Thakur.

Although the general convention of the party which had begun in Parasi of Nawalparasi district on June 20 was said to conclude on June 22, it continued until today after problems were seen in selecting the party office bearers.

"We, the representatives, gave the responsibility of selecting the office bearers and members of the party on which there was no unanimity to the party Chairman after facing problems in the selection till this afternoon," Shuvan Ali Ansari, one of the party leaders, said.

The party Chairman now has the responsibility of selecting a 75-member central committee from among the 120 candidates vying for different posts.