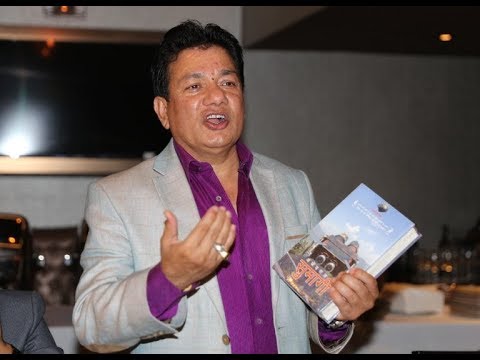 Photo: Youtube
Kathmandu, January 10 The Supreme Court has observed that Muktishree Cement Industries Pvt Ltd owned by businessperson Ajeya Raj Sumargi had not obtained permission from the concerned government agency to bring foreign investment worth $7.5 million into Nepal. This observation was made by a division bench of Chief Justice Cholendra Shumsher JB Rana and Justice Ananda Mohan Bhattarai on Tuesday when the bench quashed the interim order passed on December 25 by a single bench of Justice Deepak Raj Joshee which had allowed Sumargi to withdraw money parked in his account of Nepal Investment Bank. The SC  released today the full text of the order passed by its division bench on Tuesday in which the apex court said the Nepal Rastra Bank should do all it could to ensure that the amount kept in Sumargi’s account before the December 25 order, remained in the same account. Sumargi had sought legal remedy when he was prevented from withdrawing some amount from his NIB account. SC’s division bench observed that Sumargi’s company had not obtained permission from the Department of Industries as per Section 3 of Foreign Investment and Technology Transfer Act and from Nepal Rastra Bank as per Section 10(a) and 10(b) of Foreign Exchange (Regulation) to bring foreign investment into Nepal. The SC said the Investment Board of Nepal, on 11 March 2013, wrote a letter to the Department of Industries telling it to approve foreign investment (that Sumargi had tried to bring into the country). This means the Investment Board Nepal accepted that the Department of Industries was the valid body to approve the foreign investment, observed the bench. The SC quoted Nepal Rastra Bank’s written statement that the person who sent the money to Muktishree Industries was Ajeya Raj Sumargi Parajuli and since he sent the money to his own company, the transaction was suspicious and action needed to be taken as per the Money Laundering Prevention Act. “A suspicious transaction should be investigated as per the Money Laundering Prevention Act,” the apex court observed in its order. It stated that Nepal had expressed its commitment to the world community to control money laundering. It added that healthy development of the national economy could happen only when the crime of money laundering was checked. It is not clear what action the concerned departments have taken on the transaction that the NRB termed suspicious, the division bench observed. It stated that it could not allow the interim order passed by Justice Deepak Raj Joshee on December 25 to remain in effect for it was not in conformity with law, justice and the process the Supreme Court had been following. The bench observed that since it was not clear whether or not Sumargi brought the money into Nepal legally, it was ordering the government to employ all means to ensure that the money deposited in Sumargi’s bank account remained in his account. Since the issuance of the December 25 order, Muktishree has withdrawn around $5.8 million. At present, only around Rs 200 million, or approximately $1.7 million, is left in the bank account, according to NRB. Before the December 25 verdict, the NRB had barred Muktishree Cement from withdrawing $7.5 million on suspicion of money laundering as the company had failed to submit required documents. A lawyer told THT that Joshee’s bench passed the December 25  interim order like a final order. He added that the division bench of the apex court tried to correct mistakes made by the single bench.
#Supreme Court #money-laundering #foreign investment #Ajeya Raj Sumargi #Muktishree Cement Industries Pvt Ltd
You May Also like: