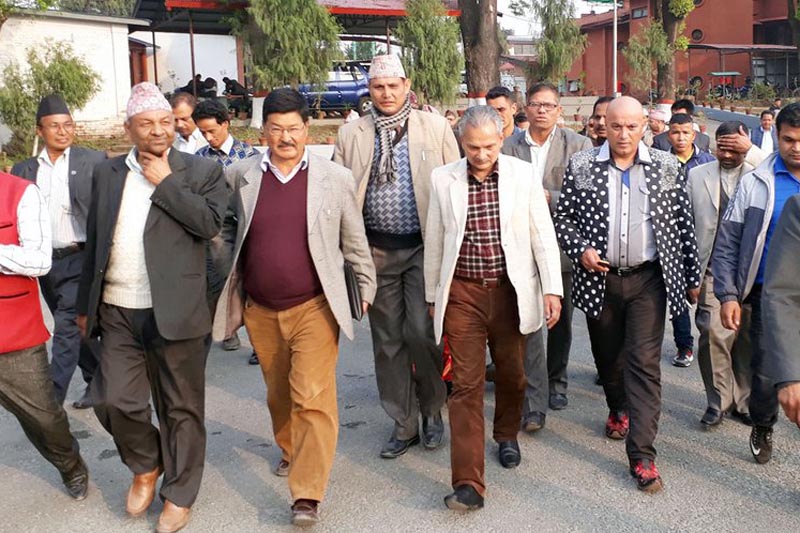 Naya Shakti Party Nepal coordinator Baburam Bhattarai along with other leaders walks towards the PM's residence to submit a memorandum to the Prime Minister Pushpa Kamal Dahal, in Baluwatar, Kathmandu, on Thursday, March 30, 2017. Courtesy: NSPN/Twitter

KATHMANDU: The Naya Shakti Party Nepal among others on Thursday demanded that the government take initiatives to amend the newly formulated Local Level Elections Act so as to let all parties registered at the Election Commission to run elections with own election symbols.

They took a delegation to Prime Minister Pushpa Kamal Dahal today and demanded that the provision allowing only the parties represented at the Parliament to use own election symbols should be removed.

The NSPN Coordinator Baburam Bhattarai had led the delegation.

In response, the Prime Minister said the amendment to the Act requires a majority in the House; and hence he would hold talks with other political forces including Nepali Congress and CPN-UML for support in the proposal, according to a statement issued by the PM's Secretariat.