Voter turnout from 49 to 70 per cent in districts 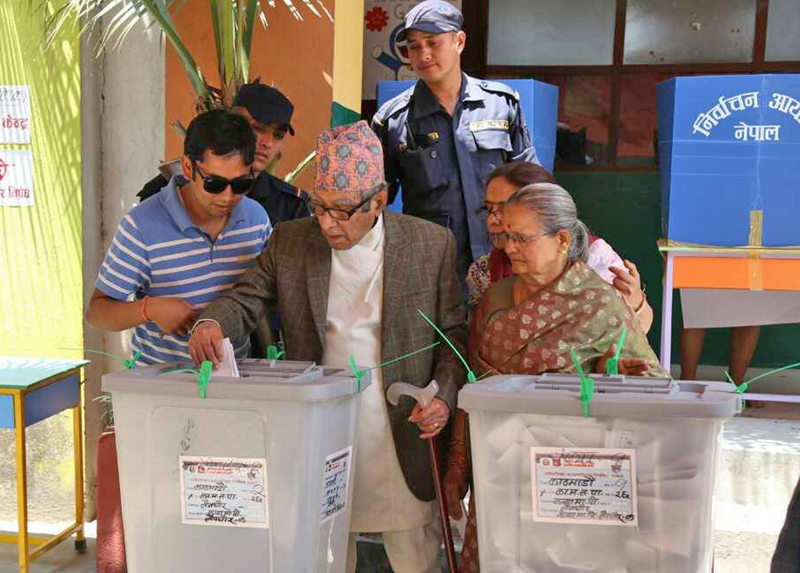 Rastrakavi Madhav Prasad Ghimire casts his vote at Kanya Secondary School in Lainchaur, Kathmandu, on Sunday, May 14, 2016. Photo: RSS
KATHMANDU: The Election Commission of Nepal said 34 districts in three provinces, where local level elections were held today, witnessed 51 to 70 per cent of voter turnout till 3 pm. Around 65 per cent voters went to the polling centres to choose their local representatives in the three districts of Kathmandu Valley. Voting started at 7 am in 281 local levels in the districts. Voters who entered the polling stations by 5 pm were to cast ballot, according to the Election Commission.