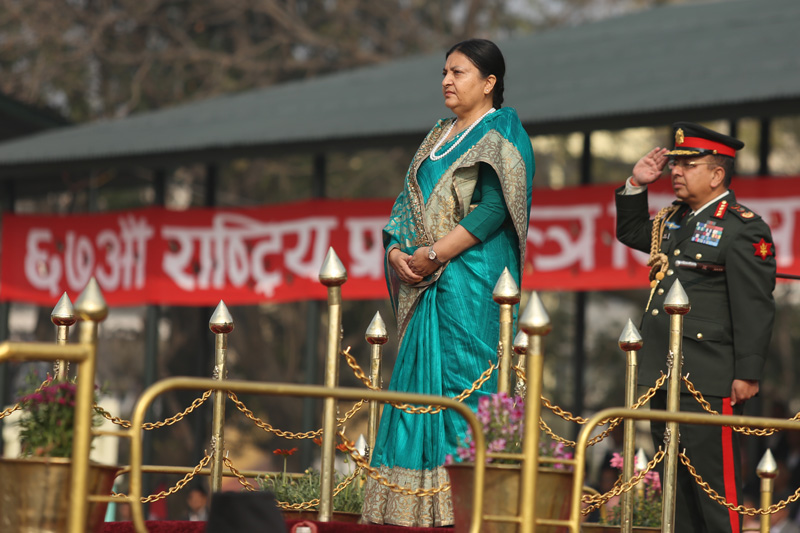 President Bidya Devi Bhandari and Chief of Army Staff Rajendra Chhetri receive a salute offered by a Nepal Army troop during the Democracy Day function in the Capital, on Saturday, February 18, 2017. Photo: RSS

KATHMANDU: The 67th Democracy Day is being observed with great fervour and enthusiasm by organising various programmes throughout the country on Saturday.

The Democracy Day Celebration Main Organising Committee organised a special function at the Army Pavilion, Tundikhel, to mark the day, which is the reminder of the advent of democracy and the abolition of the autocratic Rana rule that had lasted for 104 years.

The Nepali Army held a parade and showered flowers from a helicopter during the ceremony.

Addressing the celebration, Prime Minister Pushpa Kamal Dahal said that elections were a must for implementation of the Constitution.

“Elections are necessary for the Constitution implementation and the government is serious about concluding the peace process to end the political crisis,” said PM Dahal.

Before the commencement of the function, a morning rally was organised in the Capital.