Indian External Affairs Minister Sushma Swaraj received the Nepali Prime Minister at the Indira Gandhi Airport in the Indian capital. He has been taken to the Rashtrapati Bhavan as the state guest.

Oli's visit in the wake of five-month long strained relation, which included blockade at the Nepal-India border, has been considered as a signal of improving relations.

On the eve of the Nepali Prime Minister's visit to India, the Indian Prime Minister, Narendra Modi, had sent Dr Subramanian Swamy, a senior leader of his Bharatiya Janata Party, as his special emissary to Kathmandu. In Kathmandu, Dr Swamy called on Prime Minister Oli and UCPN-Maoist Chairman Pushpa Kamal Dahal yesterday.

I am in Kathmandu for the day today. 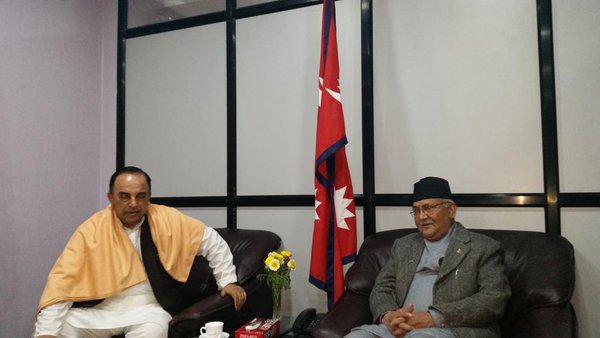