No poll until state restructuring and revision of provincial boundaries completed: FA 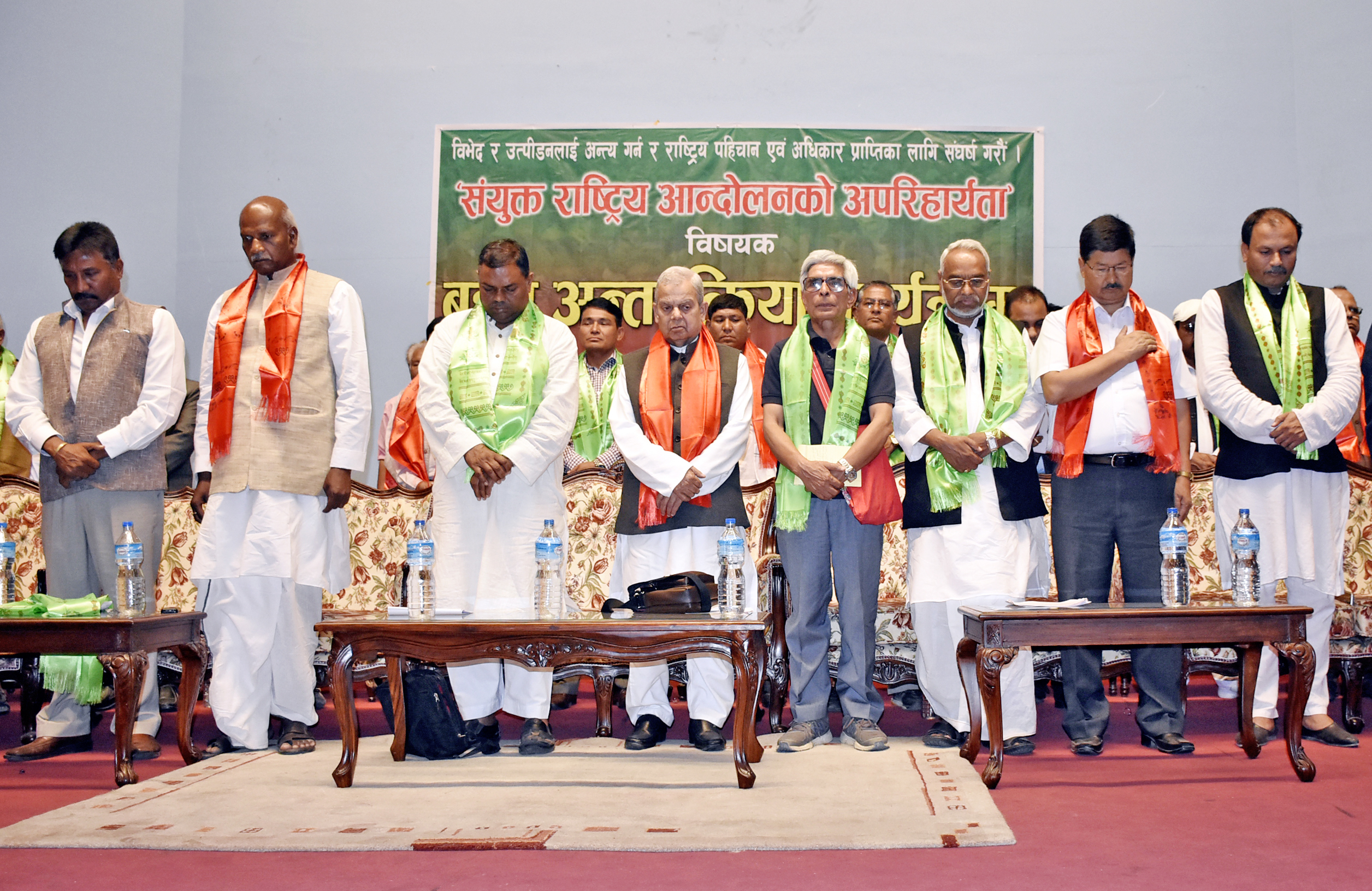 Leaders affiliated to various Madhes-based parties and Janajati leader take a picture amid a function in Kathmandu on Monday, April 18, 2016. Photo: THT
Kathmandu, October 27 A meeting of the Federal Alliance comprising Madhesi and Janajati parties today decided that it would not accept the works of the Local Bodies Restructuring Commission. Federal Alliance Coordinator Upendra Yadav issued a press release after the meeting saying that the FA would not allow any kind of poll to take place until the revision of provincial boundaries and state restructuring works were completed. The FA also said it would not accept any state restructuring unless it was guaranteed in the constitution that local bodies were under the jurisdiction of the provincial government. Stating that the ruling parties were trying to put the issues of the agitating forces on the backburner and also trying to plunge the country into conflict, the alliance said it wanted to remind the government to commit itself to the three-point agreement. Two major partners of the Pushpa Kamal Dahal-led coalition government — the Nepali Congress and the CPN-Maoist Centre had signed a three-point deal with the FA on the eve of the formation of the Dahal-led government. On the basis of this deal, the agitating Madhesi and Janajati forces had voted for Dahal when he contested the premiership in August. The Federal Alliance also said the issues that led to the moving of an impeachment motion against Chief of the Commission for the Investigation of Abuse of Authority Lok Man Singh Karki were not clear and since those who appointed Karki as chief of the anti-graft body had not said why they appointed him to the post, the alliance would make public its views on the impeachment motion only after the issues related to the motion became clear. A Madhesi leader who attended the meeting of the Federal Alliance said that another meeting of the alliance that was scheduled for November 11 would discuss further strategies of the alliance. The leader also said the alliance would submit a memorandum to the government on November 12 or 13 giving an ultimatum to address its demands.
#election #Federal Alliance #Local Bodies Restructuring Commission #Local Bodies Restructuring Committee
You May Also like: