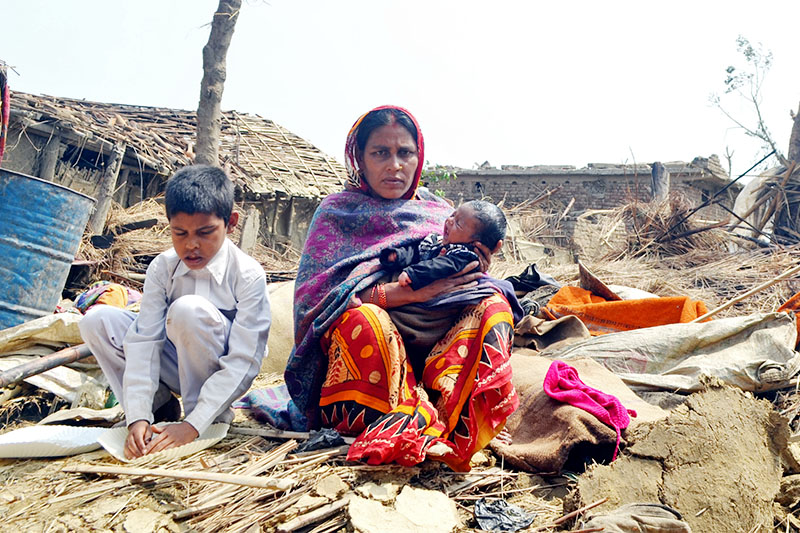 A new mother and her child sit on debris in front of their house. Photo: Ram Sarraf/THT
BIRGUNJ: Although the central, provincial and local level governments including various organisations and non-profit organisations announced relief packages but the majority of pregnant women in Bara and Parsa districts are yet to receive them. One of the locals, Bhim Das of Bhaluwi in Bara district said there are many pregnant women in the areas. However, relief packages have not been distributed to them. After the disaster, majority of pregnant women in the worst-hit areas are compelled to live arduous life. Earlier, the devastating windstorm killed 28 persons, injured hundreds, damaged property worth millions and left thousands homeless.
#Parsa district #Bara district #windstorm #ardous life
You May Also like: