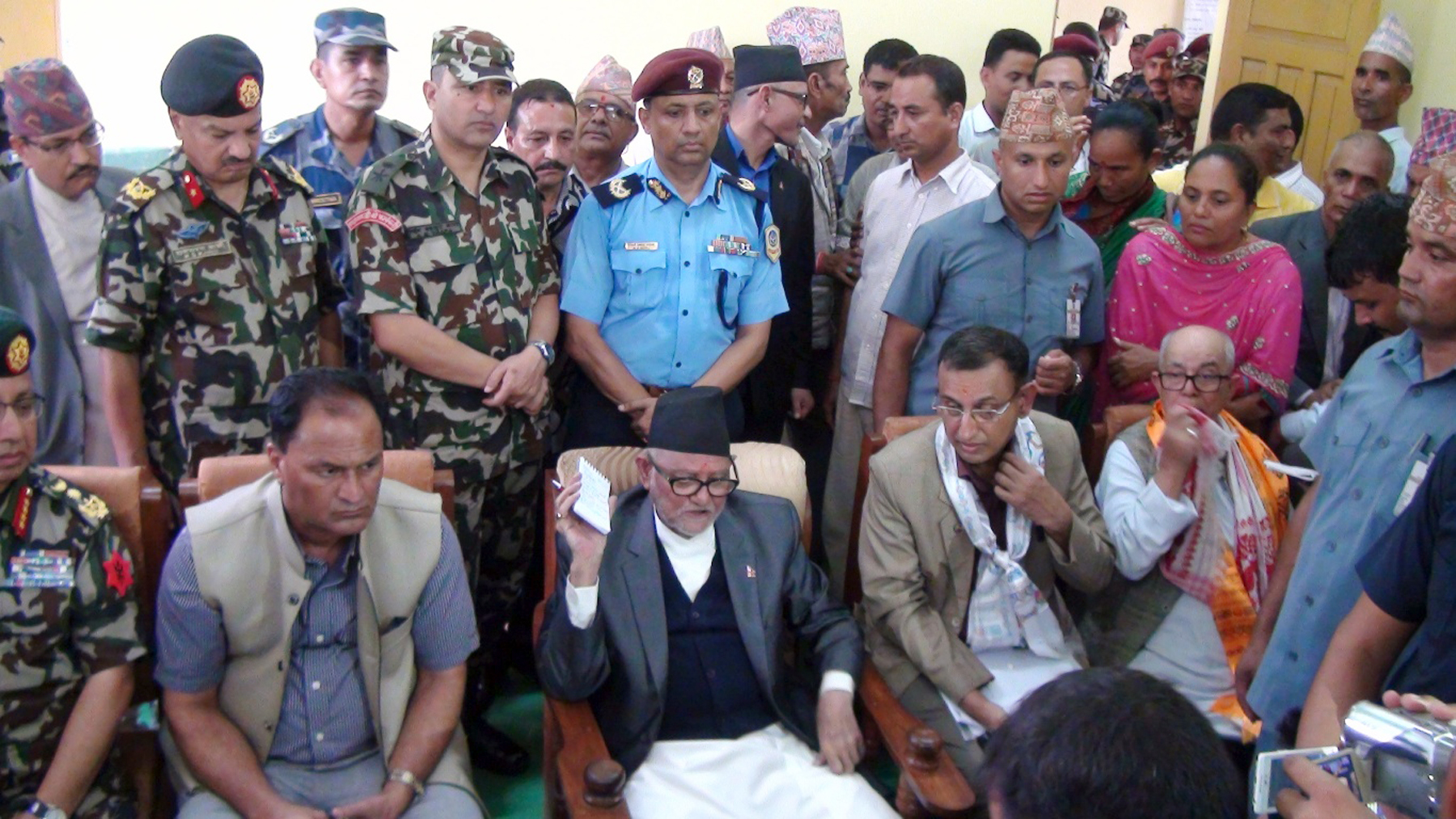 Prime Minister Sushil Koirala holding a discussion with locals about the situation after the August 24 Tikapur incident in Tikapur on Saturday, September 26, 2015. Photo: RSS

The PM’s pledge came at a meeting with the representative of the local civil society and political parties along with chiefs of the security agencies in the district today. He was here to take stock of the current security situation in the district, besides learning about the deadly Tikapur incident, in which eight policemen, including a senior police officer, and a two-year-old child on were killed on August 24.

“Come what may, I won’t hesitate a bit to book those who were involved in the heinous murder,” said PM Koirala, who also pledged action against the leaders who spread anti-communal sentiments. He also informed about the government’s decision to provide compensation to the families of the slain security men.

The PM, who has set out on his first tour out of the capital after promulgation of the new constitution, clarified that the constitution is not something written in stone and argued that there is always ample room for amending the document.

“The constitution hasn’t included everything, but it has enshrined the rights and concerns of the indigenous and minority groups to a large extent. The agitating forces should realise this,” said Koirala, adding that attempts were under way to address the discontent among the Madhes-based parties through talks.

Koirala had landed at Tikapur airport via Nepal Army chopper at about 11:00 am today. He later flew to Nawalparasi at 12:30 pm.

Meanwhile, speaking in Nawalparasi later, PM Koirala pledged to address the ongoing Madhes agitation. “As most of their agendas are already addressed in the constitution, the rest of their concerns will be sorted out through talks,” said Koirala, urging all the agitating forces to come to the talks table.

Earlier, the PM had also held talks with the local security chiefs and political parties in Bhairahawa, expressing his hope that the current unrest in the plains will soon be settled.