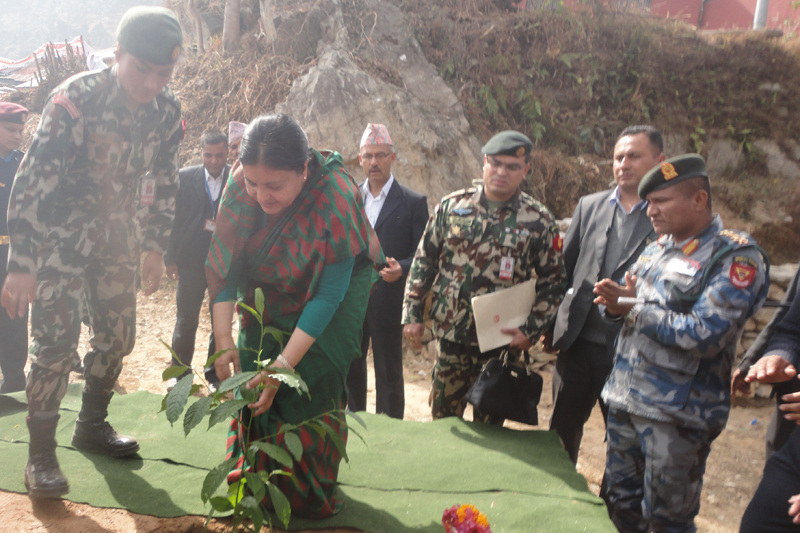 LAMJUNG: President Bidya Devi Bhandari on Saturday stressed that educational development was a must to speed up economic development of the nation and lead it to prosperity.

Addressing the inauguration of a local school's anniversary function in Chandisthan of Lamjung today, Bhandari said education should be scientific and oriented towards promoting locally available development opportunities including tourism.

Explaining education as a major component of the sustainable development of the nation, the Head of the State said education was capable of changing the face of the nation and its citizens.

Meanwhile, Bhandari expressed concerns over the delay in reconstruction of earthquake-affected villages.