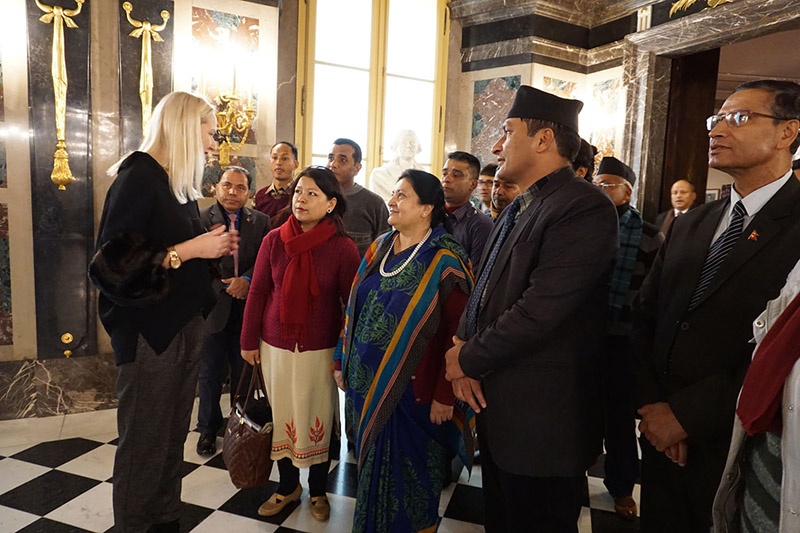 WARSAW: President Bidya Devi Bhandari -- who is currently in Poland to participate in the 24th session of the UN Framework Convention on Climate Change (COP 24) in Katowice -- visited various monuments of historical, archaeological and cultural importance.

She observed the Royal Castle and the Palace of Culture and Science in Warsaw. The Royal Castle is an artistic palace built by King Sigmond II in 1600 AD. Visitors from various countries come to observe this Castle which has come under different types of attacks in the past.

Palace of Culture and Science was constructed in 1955. It is known as Soviet Union's gift to Poland. Around 9,000 workers from Poland and Russia are said to have constructed this monument. Various cultural and public programmes are organised in the tower.