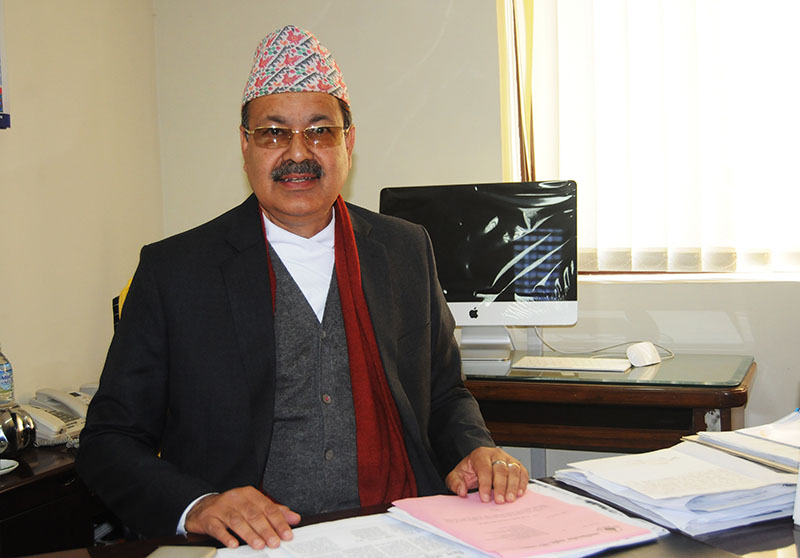 Gopal Bahadur Khadka, the Managing Director of Nepal Oil Corporation insights on Nepal’s inability to make China its second fuel trading partner and other issues regarding the petroleum sector of Nepal, in Kathmandu, on Sunday, December 18, 2016. Photo: Balkrishna Thapa Chhetri/THT

KATHMANDU: The Supreme Court on Sunday issued an interim order in the name of the government not to implement its decision to sack Gopal Bahadur Khadka from the post of Managing Director of the Nepal Oil Corporation.

Responding to a writ filed by Khadka, a single bench of justice Purushotam Bhandari issued an interim order asking the government not to implement its decision to remove him from NOC’s top post

The Cabinet, on September 18, had sacked Khadka from his post for his involvement in financial irregularities while purchasing land plots to set up storage facilities across the country.

Khadaka has moved the SC demanding the annulment of the decision of the Cabinet citing that he was dismissed without being given a chance to clarify.

The Commission for the Investigation of Abuse of Authority is also holding a separate probe into the NOC land purchase issue since almost two months.