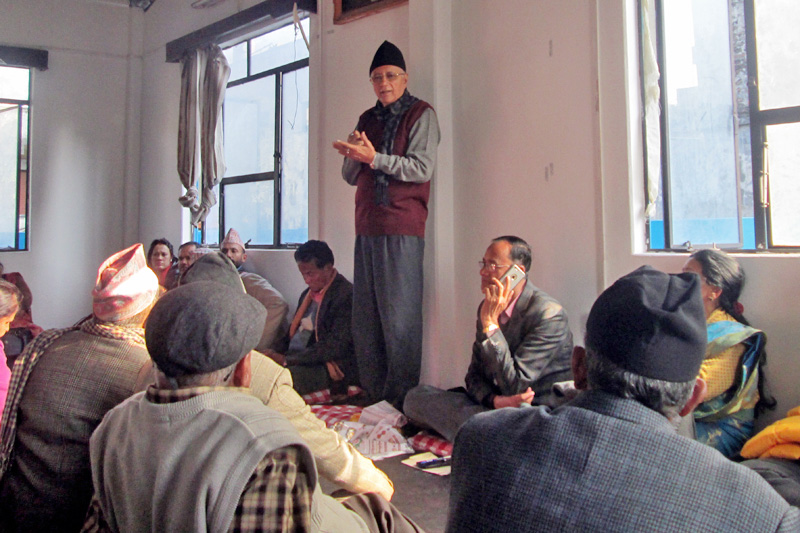 POKHARA: Nepali Congress leader Shekhar Koirala urged political parties to forge consensus to hold elections at local, provincial and federal within 14 months to prevent the country from going into the political deadlock.

Addressing party cadres in Pokhara, he called the ruling parties to take on board the Madhesi parties and CPN-UML for effective implementation of the Constitution to hold the timely elections within stipulated time.

Koirala also told his Nepali Congress party leadership to hold discussions within the party regarding the Constitution amendment bill so as to take a wisely decision regarding the discussed bill before endorsing it in the Parliament.

Koirala further commented that the country was moving towards anarchy.