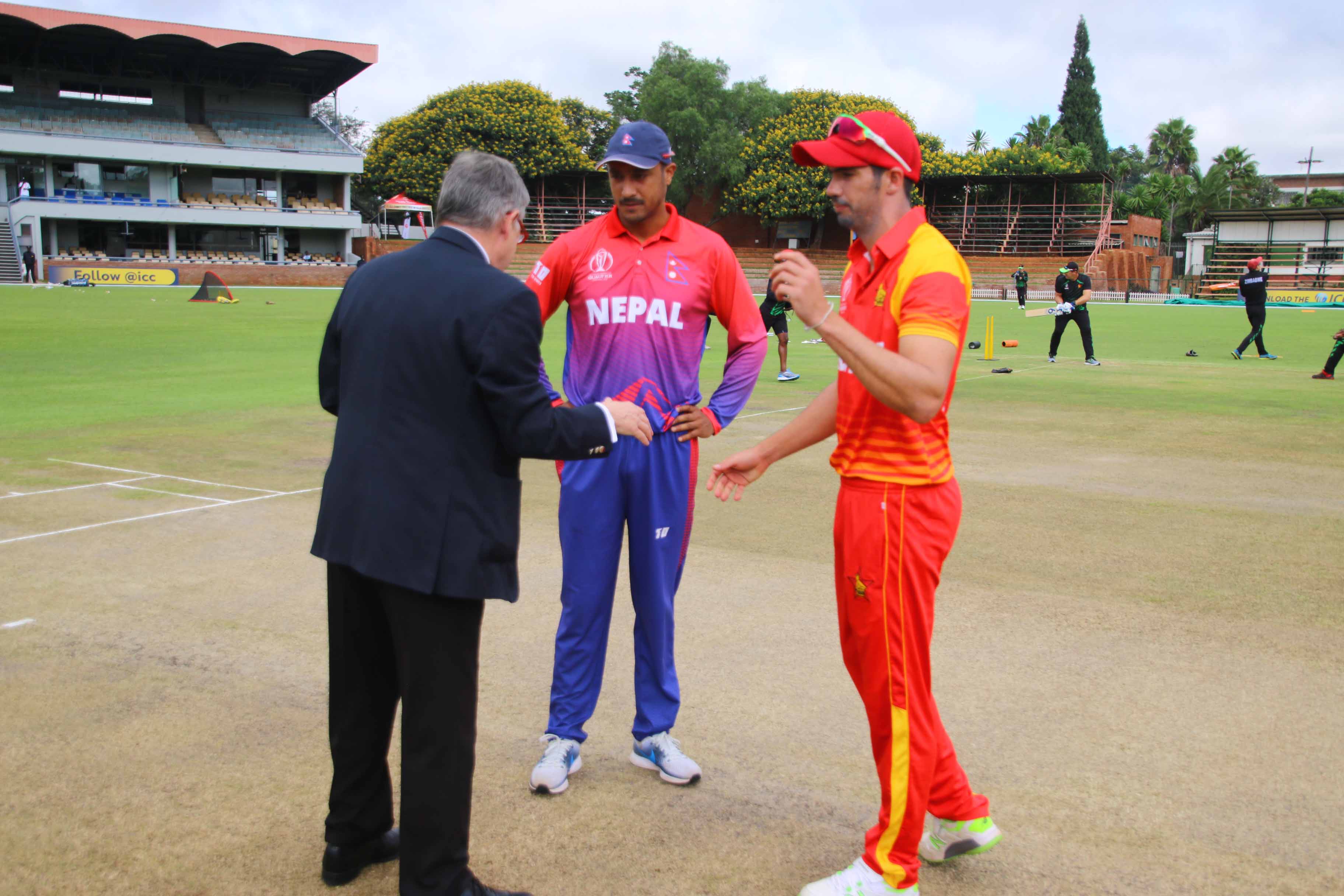 KATHMANDU: Zimbabwe won the toss and decided to bat first in the WC qualifier match between Zimbabwe and Nepal in a challenging bid to be selected for the one-day Cricket World Cup being held next year.

In the match that started at 1:15 NPT at Bulawayo, Nepal will have the pressure to win against the test-playing nation for a chance to first be qualified in the top six.

This is only the second time that Nepal is playing against a test-playing nation after the match against Bangladesh in a T20 world cup.

Apart from hosts Zimbabwe, Nepal is grouped together with Scotland, Afghanistan and Hong Kong.

Only 10 countries will be competing in the 2019 one-day cricket world cup and two will be selected from among those playing the qualifying tournament in Zimbabwe. Despite all odds, Nepal had made it to the qualifying round after coming out on top of the Division-II tournament of associate nations held in Namibia last month.