Policymakers have a choice. They can use the overwhelming evidence that shows the economic benefits of equality by ridding their system of discriminating laws that are holding women back. Or they can maintain the status quo and condemn whole societies to remain poorer than they need to be 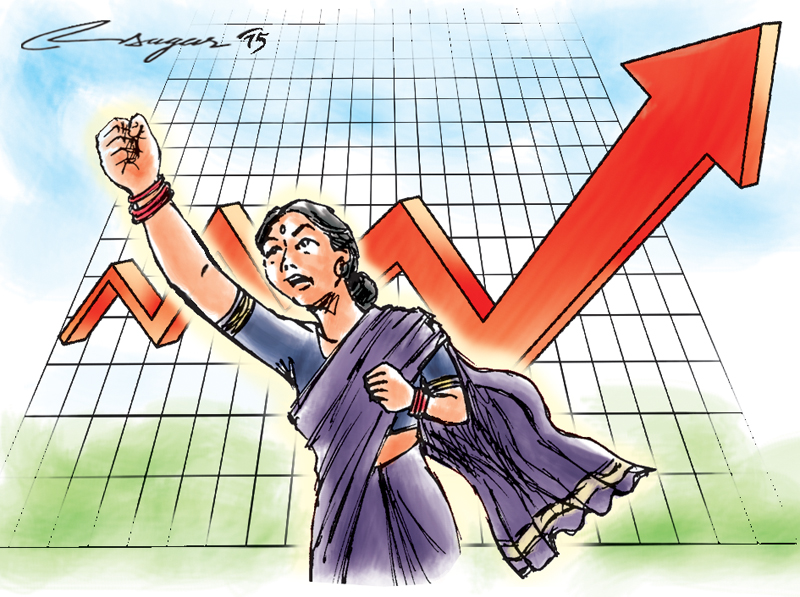 In 100 countries around the world, women are barred from doing certain work solely because they are women. Over 150 countries have at least one law that is discriminatory towards women. And only 18 countries are free of any law disadvantaging women.

This is just the tip of the iceberg of legal barriers for women to achieve their full economic potential. New World Bank Group research in the Women, Business and the Law 2016 report shows that in 32 countries women cannot apply for passports in the same way as men and in 18 countries they cannot get a job if their husbands feel it is not in the family’s interest. Jordan and Iran are among them. In 59 countries, there are no laws against sexual harassment at work. Myanmar, Uzbekistan and Armenia are among 46 countries where there is no legal protection against domestic violence. In a nutshell, the research makes for depressing reading when you care about inclusion and ending poverty.

Countries whose laws discriminate against women and do not promote gender equality suffer economically. Previous research tells us that gender gaps in women’s entrepreneurship and labor force participation account for estimated income losses of 27% in the Middle East and North Africa, 19% in South Asia, 14% in Latin America and the Caribbean and 10% in Europe. These are losses that many countries can’t afford, particularly those facing high levels of poverty.

There is good news too: Countries like Bangladesh are encouraging female participation in the workforce. If they stay on track their female workforce will grow from 34 to 82 per cent over the next decade, adding 1.8 percentage points to their GDP. In the 1990s very few countries had laws protecting women from violence, now 127 do partially because the world is more aware of the human and economic cost of mistreating women.

When women are allowed to work in a profession of their choice, when they have access to financial services and when they are protected, by law, from domestic violence, they are not only economically empowered, they also live longer. The more say they have over the household income and the more they participate in the economy, the more girls are enrolled in secondary school, the larger the benefits for their children, their communities, and their countries. In fact, every additional year of primary school boosts girls’ eventual wages by 10 to 20 per  cent, and an extra year of secondary school by 15 to 25 per  cent.

Critics will argue that in some countries where gender-specific laws exist, there is limited enforcement. While that is true, better rule of law is associated with having more gender equal laws on the books. Specialized courts that tackle cases of acts of violence against women can help provide effective legal action. In Brazil, the Maria da Penha Law allowed for the creation of domestic and family violence courts.

Several South Asian countries don’t afford women the same rights as men. But some countries have made important strides in addressing these issues, leading to great results. In India, inheritance law reform has provided greater economic freedom to women. Women used their increased savings to spend twice as much money on their daughters’ education.

The private sector benefits too. A survey of 6500 firms showed that where women had greater representation on boards, those organizations were less likely to be hit by scandals like bribery or fraud. Yet surprisingly, only nine countries have laws where at least one women has to be a board member of a publicly listed company.

The link between the fight against poverty and gender equality is strong. Which is why we work with many countries to tackle gender-based barriers. We have worked with Cote d’Ivoire in removing legal provisions that discriminated against women. In the Democratic Republic of Congo, we supported the government in drafting a new family code that would improve the business climate for women.

Policymakers have a choice. They can use the overwhelming evidence that shows the economic benefits of equality by ridding their system of discriminating laws that are holding women back. Or they can maintain the status quo and condemn whole societies to remain poorer than they need to be.

The author is Chief Operating Officer and Managing Director of the World Bank.