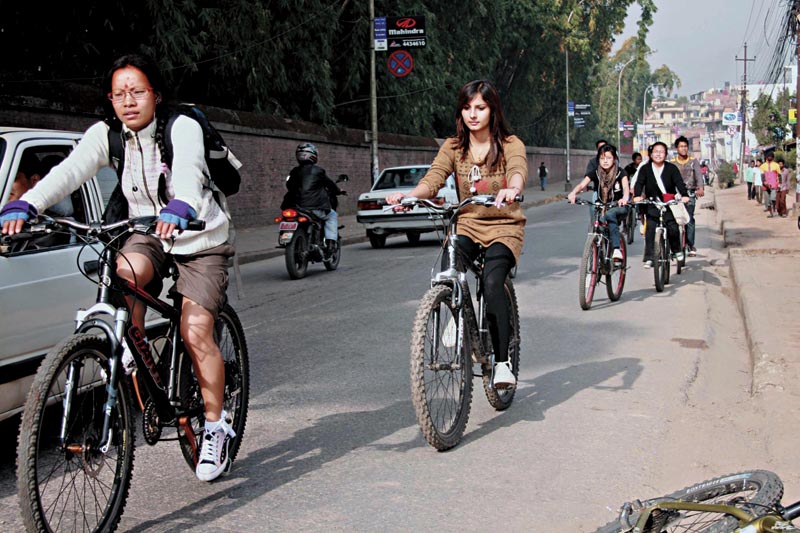 Apropos of the news story “Odd-even number plate system enforced” (THT Sept. 27, Page 1), this is like 1989. Back then we had the world-class trolley bus service between Suryabinayak and Tripureshwor to ease our pain of travelling during one full year of acute fuel shortage. We also had in the hot seat the man from Salyan who applied ‘balm and ointment’ on our wounds and needs by flying in fuel from outside India. It is hard to believe that this man died in penury a few years ago. Our current breed of politicians would never have imagined even in their wildest dreams that the 1989 symptoms can be repeated in 2015. They must have believed that 1989 was only for the kings. After collectively burying the number one wonder of Nepal – Trolley bus – BRB is talking of “progressive nationalism that promotes electric vehicles instead of ‘oil lamp’ and ‘cycle riding’ nationalism. Wishful thinking, I would say, as I doubt if the Chinese will ever gift another ‘trolley bus’. I am not averse to oil lamps or bicycle, both of which I still use. Not being a politician, I am not aware of their political values, but I treat my ‘friends’ to oil and gas lamp dinners in Kathmandu and candle-lit ones abroad. As for bicycle, I still dream that one day that will be the only means of movement in the core areas in all the three heritage cities in the Valley. As one of the poorest nations on the planet, we should be proud of bicycles. We should never forget our roots, no matter how many billions we have made in the last 19 years from 1996 to 2015. Former Chinese Statesman, Chairman Mao single-handedly pedalled the country to unprecedented progress. He could have used SUVs made of gold and diamonds but he chose the humble bicycle instead.

Last week a mountaineer did voice a complaint in a Nepali newspaper about locals trying to make a profit from the tragedy that had hit the country badly and about the matter that climbers in Nepal’s mountains are treated as “walking ATMs”. I am not a climber but as a frequent visitor to Nepal I am also tired of being used as a cash-machine in private and public sector all the time. Just yesterday I saw that visitors to the very much affected Durbar Square are still charged an entrance fee of Rs 750 and in Bhaktapur even $10. The person behind the ticket counter at Durbar Square told me that the government is responsible for that. Now they squeeze money out of tourists even though there are mainly heavily damaged sites to see. From my point of view, this is incredibly tasteless - profiting from tragedy! Don’t you think it would be much more appropriate to ask for donations instead of practicing “disaster tourism” and making money out of it? Most tourists have to work hard and save up to travel to a foreign country. That should not be forgotten otherwise they might choose to visit other places where they are not treated as “walking ATMs”.