Realism about Trumpism: Something is burning

As Trump shakes up the existing world order, Europe will bear the brunt of the shocks. After World War II, Western Europe was able to thrive because of two big American promises: military protection against the Soviet Union and free trade 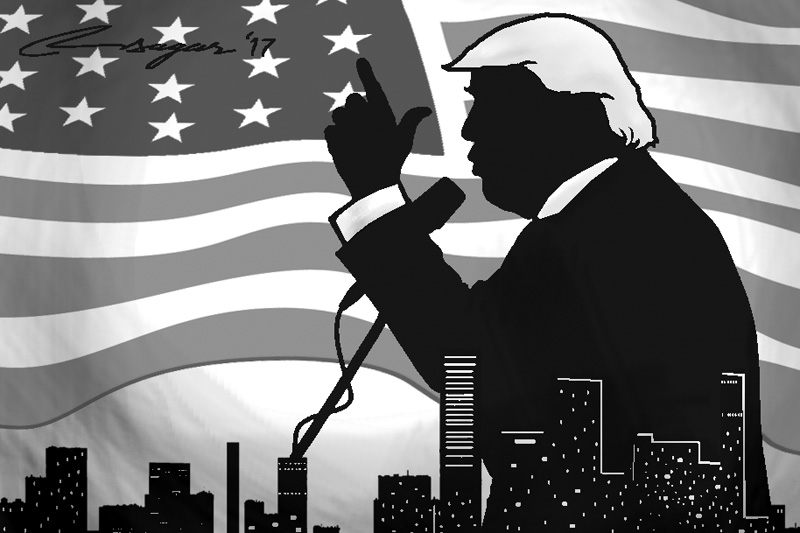 Little more than a month after US President Donald Trump’s inauguration, it has become clear that nothing good will come of his presidency. Unfortunately, the pessimists turned out to be realists: things really are as bad as they said they would be. Worst-case scenarios are now baseline scenarios. Any hope that the demands of office, or political and economic realities, would persuade Trump to adhere to domestic and foreign-policy norms must now be cast aside as wishful thinking. Realism demands acceptance of a sobering truth. When the 45th president of the United States must choose between upholding the US Constitution which limits his authority through the separation of powers – or subverting it, he will likely choose the latter. The Trump administration intends to carry out nothing less than regime change in Washington, DC. Sooner or later, friction between the president and the constitutional system will create a severe crisis that will rock the US to its core, and possibly leave it politically unrecognizable. Trump’s continued attacks on the judiciary and the press – indispensable institutions for ensuring executive accountability – leave no room for a different interpretation. Even if America’s constitutional system prevails, the chaos that will ensue during Trump’s presidency could cause permanent damage. Consider what might happen were a severe terrorist attack to occur in the US during this time of turmoil. Would the US experience a slide into authoritarianism, similar to what we have been witnessing in Turkey? One certainly hopes not, but it is a real possibility. In terms of international relations, we have so far been spared an abrupt rupture of existing alliances and related commitments. But, as long as Trump pursues his “America first” strategy of isolationism and protectionism, those alliances and commitments will remain at risk. A constitutional crisis in the US, a paradigm shift from globalization toward protectionism, and new isolationist security policies imply significant disruption of the international order, with no alternative order in view. If things go well, persistent instability will prevail; if not, confrontation and even military conflict could become the norm. Trump’s relationship with Russia and its president, Vladimir Putin, remains unclear – if not downright mysterious. This ongoing uncertainty is particularly vexing for Eastern Europe, which cannot discount the possibility that Trump and Putin will reconcile their interests and stage Yalta 2.0, dividing Europe into separate spheres of influence. The uncertainty with respect to Russia has been compounded by curious – and persistent – background noises in the Trump administration. Vice President Mike Pence, Secretary of State Rex Tillerson, and Secretary of Defense James Mattis have all offered assurances to NATO and Eastern Europe; and Trump’s Russia-friendly National Security Adviser, Michael Flynn, has resigned. And yet when this much smoke surrounds an issue, it’s highly likely that something is burning. In any case, as Trump shakes up the existing world order, Europe will bear the brunt of the shocks. After World War II, Western Europe was able to thrive because of two big American promises: military protection against the Soviet Union and free trade. The US also played a vital symbolic role as a “beacon of liberty.” But now, with all of Europe increasingly threatened by Russian revanchism, that role may already be a thing of the past. Meanwhile, the European Union’s severe, self-inflicted wounds have evidently left it too weak to develop an alternative to its crumbling status quo. If Europe’s post-war security and economic arrangements falter or break down, as now seems likely, the foundation on which a free Europe has rested will become unsound. In that case, the proximate cause will most likely be the second round of the French presidential election, on May 7. A victory for the far-right National Front’s Marine Le Pen would cause the eurozone and the EU to disintegrate. France and other EU member states will suffer grave economic damage, and a global crisis will likely ensue. If she loses, the current nationalist wave would be broken, at least temporarily, giving Europe a second chance. That chance, if it comes, must not be wasted. The EU urgently needs to develop the means to defend itself from both internal and external threats, stabilize the eurozone, and ensure calmness and rationality in the coming Brexit negotiations with the United Kingdom. Whatever else changes, the UK’s geopolitical and security interests will stay the same. Brexit will not alter the fact that cooperation is necessary for mutual defense, the fight against terrorism, and border protection. To be sure, the EU must not accept anything that would endanger the remaining union of 27 member states. But negotiators on both sides must also take care to avoid any outcome that could poison UK-EU relations indefinitely. As experience teaches us, life goes on, even after a divorce. Our common interests will remain, and now they include managing the risks posed by America’s truculent new president. Fischer, Germany’s foreign minister and vice chancellor from 1998 to 2005, was a leader of the German Green Party for almost 20 years
#European Union #Vladimir Putin #Donald Trump #United States of America #globalization
You May Also like: