Blatter says won't back any candidate in FIFA presidential election 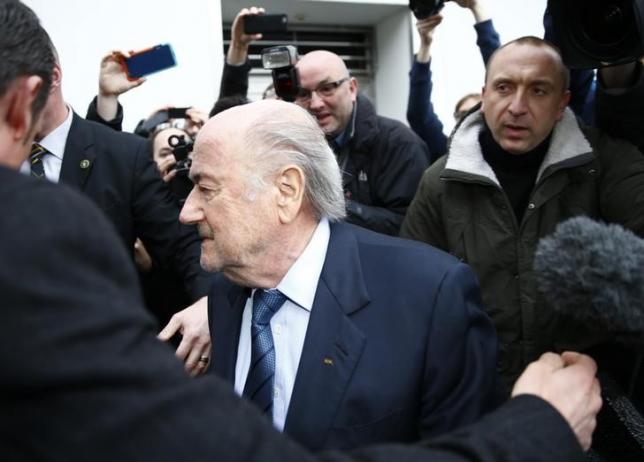 Sepp Blatter leaves after a news conference in Zurich, Switzerland, December 21, 2015. REUTERS
PARIS: Sepp Blatter said he will not support any of the five candidates standing to succeed him as FIFA president, through all but one of them had spoken to him about their bids. World football's governing body, embroiled in a corruption scandal that has led to indictments against several dozen senior officials in the United States, will vote for its new leader on Feb. 26. Blatter is not standing, having been banned for eight years for ethics violations. "Four of the five candidates have spoken to me. I cannot take sides, that is not possible," Blatter told French radio RMC. He said several national federations had asked him who they should vote for, but he told them to vote as they saw fit. Bahraini Royal Sheikh Salman bin Ebrahim Al Khalifa and UEFA general secretary Gianni Infantino of Switzerland are the two front-runners. The other candidates are Jordan's Prince Ali bin Al Hussein, Frenchman Jerome Champagne, the former deputy general secretary of FIFA, and South African businessman and politician Tokyo Sexwale.
#Sepp Blatter #FIFA #presidential election
You May Also like: