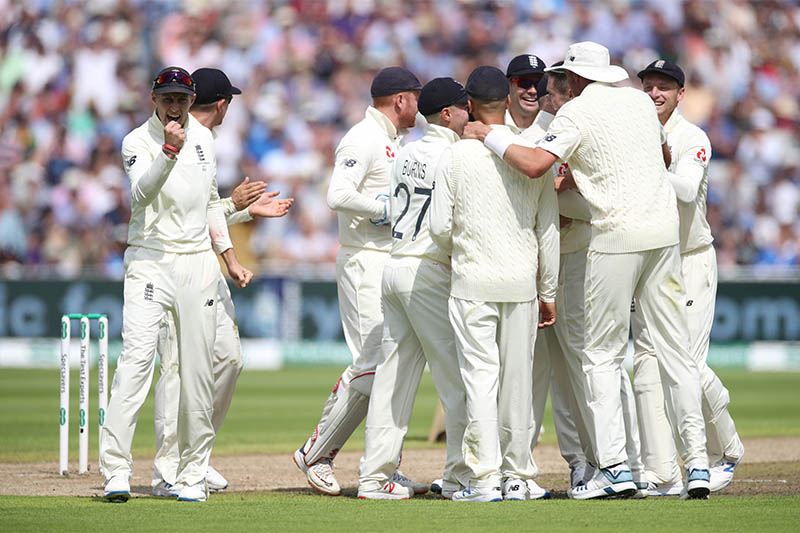 BIRMINGHAM: Stuart Broad and Chris Woakes took two wickets apiece in the afternoon session to help England restrict Australia to 154-8 at tea on the opening day of the first Ashes test at a raucous Edgbaston on Thursday.

Villain of the piece David Warner went first, trapped leg before wicket for two. Joe Root then caught Cameron Bancroft (8) in the slips off Broad's bowling, before Woakes struck to dismiss Usman Khawaja (13) as Australia went into lunch at 83-3.

Travis Head and another sandpaper-gate Australian Steve Smith put on 64 for the fourth wicket. Head was then trapped by Woakes lbw for 35 after a review, but the Decision Review System came to England's aid as Matthew Wade (1) was given out after initially escaping.

Broad was then back in the wickets to dismiss captain Tim Paine (5) before James Pattinson (0) became the Englishman's second victim in three balls. Pat Cummings (5) was out off the bowling of Ben Stokes as England went into tea comfortably in command.

Warner out early as England pacemen make inroads at Edgbaston