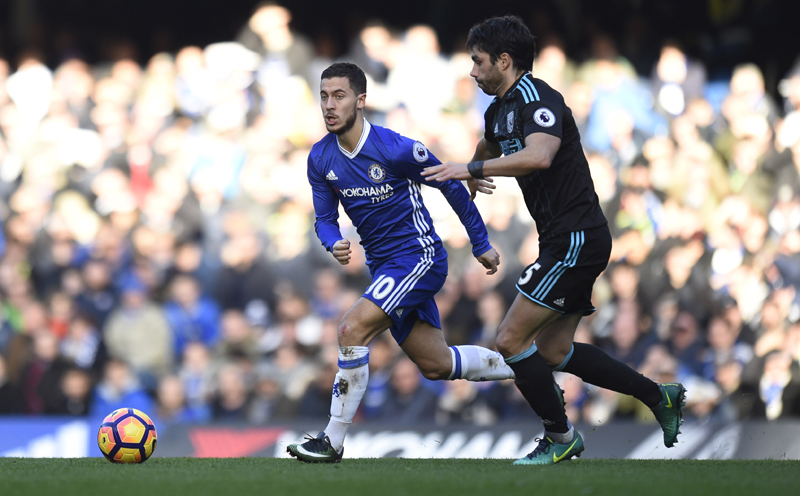 LONDON: Diego Costa was on target again as Chelsea overcame a defensive West Bromwich Albion 1-0 to return to the top of the Premier League with their ninth victory in a row on Sunday.

The Spaniard's second-half strike sent the Blues three points clear of Arsenal, who had taken the overall lead on goals scored on Saturday after seeing off Stoke City 3-1 at the Emirates.

After a lacklustre first half at Stamford Bridge and with the game heading for a goalless stalemate, Costa seized on a defensive error to break the deadlock with a superb shot into the top left corner in the 76th minute.

It was the League top scorer's 12th goal of the campaign. Chelsea have 37 points to Arsenal's 34 after 15 games.

#Premier League #Chelsea #Diego Costa
You May Also like: