ESPN to set up new channels 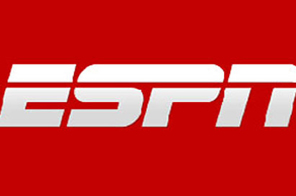 LONDON: ESPN, the American sports network that has won the rights to show 46 Premier League matches next season, will set up a new stand-alone channel to screen the games as it seeks to build a powerful presence in UK sport.
Lynne Franks, the ESPN executive who brokered the Premier League deal, said: "Buying the Premier League rights is a huge step and we are excited to use that as a platform to move into [more] local live sport. Our intention is to launch an ESPN channel that will carry all the Premier League sport and also other sport." Franks, managing director of Europe, Middle East, and Africa at ESPN did not reveal whether it will seek to buy some of the rights previously owned by Irish TV-pay company Setanta.
The company's British arm has been placed into administration. Deloitte, the accountants appointed as administrators, are trying to find a buyer for Setanta's Irish and international businesses, however, which are thought to make a small profit. Franks said the new ESPN channel, which will run alongside its existing UK channels, ESPN Classic and ESPN America, will be available on every platform, including cable, satellite and Freeview. The company has already signed a wholesale deal with Sky, which is expected to offer the new channel to the six million or so customers who subscribe to its sports package, for a monthly fee of around £10.

#ESPN to set up new channels
You May Also like: