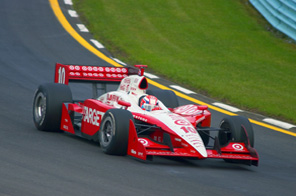 SILVERSTONE: The Formula One Teams Association has made a late attempt to resolve its feud with the sport's governing body over rule changes before Friday's deadline to unconditionally enter next season's championship.
All 10 current entrants were announced in the 2010 lineup by the FIA last week, despite an ongoing rift between them and FOTA.
Ferrari and other teams say they will withdraw from competition unless plans for a voluntary $60 million budget cap are scrapped.
FOTA's opposition to financial regulations was criticized again Tuesday by the FIA, which warned of an impending "financial arms race" unless the new rules are adopted.
But FOTA has written to FIA president Max Mosley and F1 boss Bernie Ecclestone calling for a compromise and an end to the protracted dispute.
The letter, designed to counter the "increasingly negative publicity generated for Formula One," was signed by all the team principals of the eight-strong FOTA group.
"The time has come when, in the interests of the sport, we must all seek to compromise and bring an urgent conclusion to the protracted debate regarding the 2010 world championship," FOTA's letter said. "We hope you will consider that this letter represents significant movement by the teams, all of whom have clearly stated a willingness to commit to the sport until the end of 2012.
"We would therefore strongly, but respectfully submit, you consider these proposals and seek to avoid the potential departure from Formula One of some important teams. Now is the time to find a reasonable and rapid solution to the outstanding issues."
FOTA is proposing the signing of a new Concorde Agreement — a confidential commercial document governing the sport — based on the 1998 covenant, but with revisions to bring it up to date.
With regard to the budget cap, which will go ahead after talks broke down Monday, FOTA insists it is committed to cost reduction.
FOTA's main concern has surrounded the policing of such a cap, and the potential intrusion into the teams' financial books.
Expressing surprise at the FIA's decision in calling a halt to any further discussions on the matter, FOTA is nominating "a top firm of independent accountants" who would "devise an audit methodology that would be implemented by all the teams."
Finally, FOTA insists on one set of rules being adopted by all the teams with no exceptions, as mentioned by the FIA in Tuesday's statement.
In return, the teams agree to assist the new entrants with low-cost engine and gearbox packages, as well as to negotiate terms with regard to technical assistance for chassis development.
Given that five teams — McLaren, Renault, Toyota, BMW Sauber and Brawn GP — have until Friday to unconditionally sign up for the 2010 season, FOTA has proposed extending the deadline until July 1.

#F1 teams bid to resolve financial rift with FIA
You May Also like: