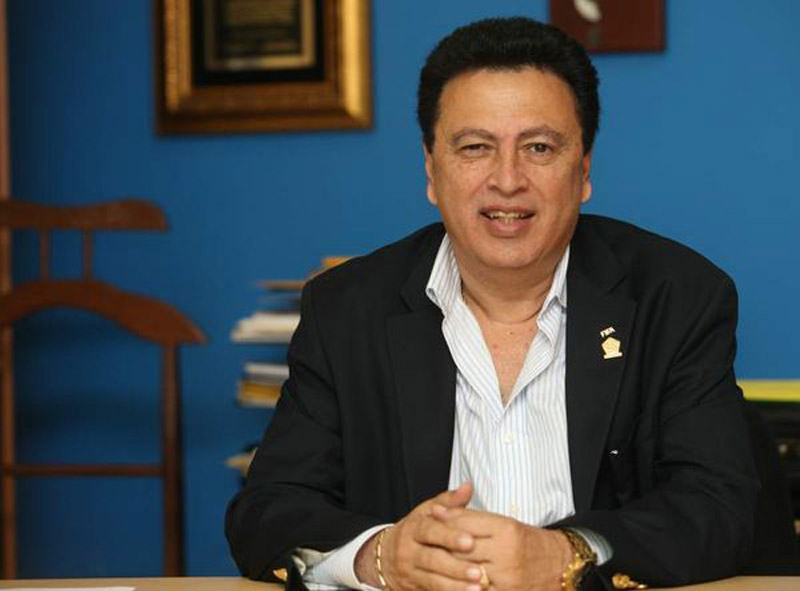 New York, February3 Honduran former FIFA vice president Alfredo Hawit, charged in the corruption scandal gripping world football, was placed under US house arrest on Tuesday after posting $1 million bail. The 64-year-old was extradited to the United States from Switzerland last month following his arrest on December 3. He denies the 12 charges against him, which include racketeering conspiracy, wire fraud and money laundering. Hawit posted $1 million in bail at a Brooklyn court, of which he paid $50,000 in cash. The rest was guaranteed with property. A judge agreed last month to release Hawit into house arrest, but he stayed in detention until he could make bail. Hawit will now stay with his daughter in Florida. Prosecutors described Hawit as a significant flight risk and demanded that bail be set at $4 million — guaranteed by either $500,000 in cash or US property. Hawit, the suspended head of CONCACAF, the regional body for football in North and Central America and the Caribbean, is one of 39 officials and marketing executives accused of soliciting and receiving tens of millions of dollars in bribes and kickbacks. US prosecutors allege that Hawit accepted and laundered hundreds of thousands of dollars in bribes as general secretary of the Honduran football federation between 2008 and 2014. Hawit is the fifth FIFA official extradited by Switzerland to the United States in connection with the deepening multimillion-dollar corruption scandal that has rocked world soccer since May.