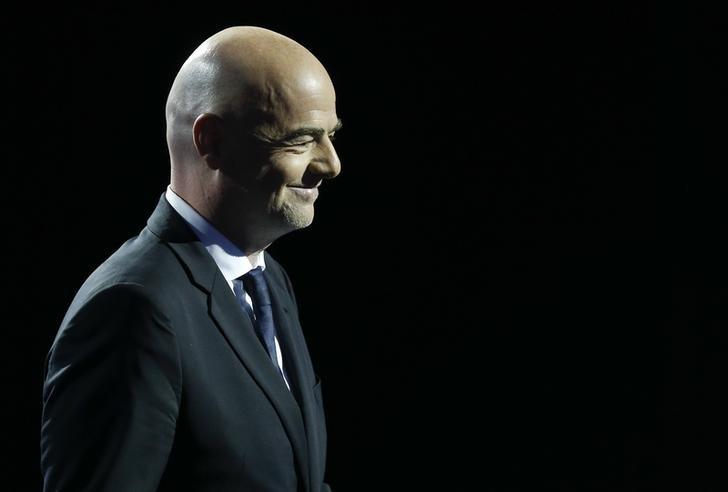 FIFA president Gianni Infantino delivers a speech. REUTERS
SINGAPORE: FIFA President Gianni Infantino has called for "zero tolerance" of child abuse in football and promised to look into ways the global governing body can do more to prevent it in the wake of the scandal sweeping the game in England. The English Football Association (FA) have launched a review into allegations of children being sexually abused at professional clubs, while British police are also investigating mounting accusations of paedophile activity. "It has to be taken seriously. There must be zero tolerance from that point of view, from a football perspective, but also from a criminal perspective as well," Infantino told reporters in Singapore on Thursday. "Those who have been guilty of abusing on children need to punished very seriously. They have to be out of football, that is without question, but also on the criminal side they need to be punished. "There are not many worse things in life, not in football life but in life generally, than child abuse." Infantino said that although child abuse was a scourge not limited to football, FIFA would not take the scandal lightly. "The Football Association is already, of course, looking into that matter and this is something that to be taken very seriously," Infantino added. "In football as well, we probably have to look into that with more care and more attention in order to prevent any potential child abuse in the future."
#FIFA #England #zero tolerance #child abuse #Gianni Infantino
You May Also like: