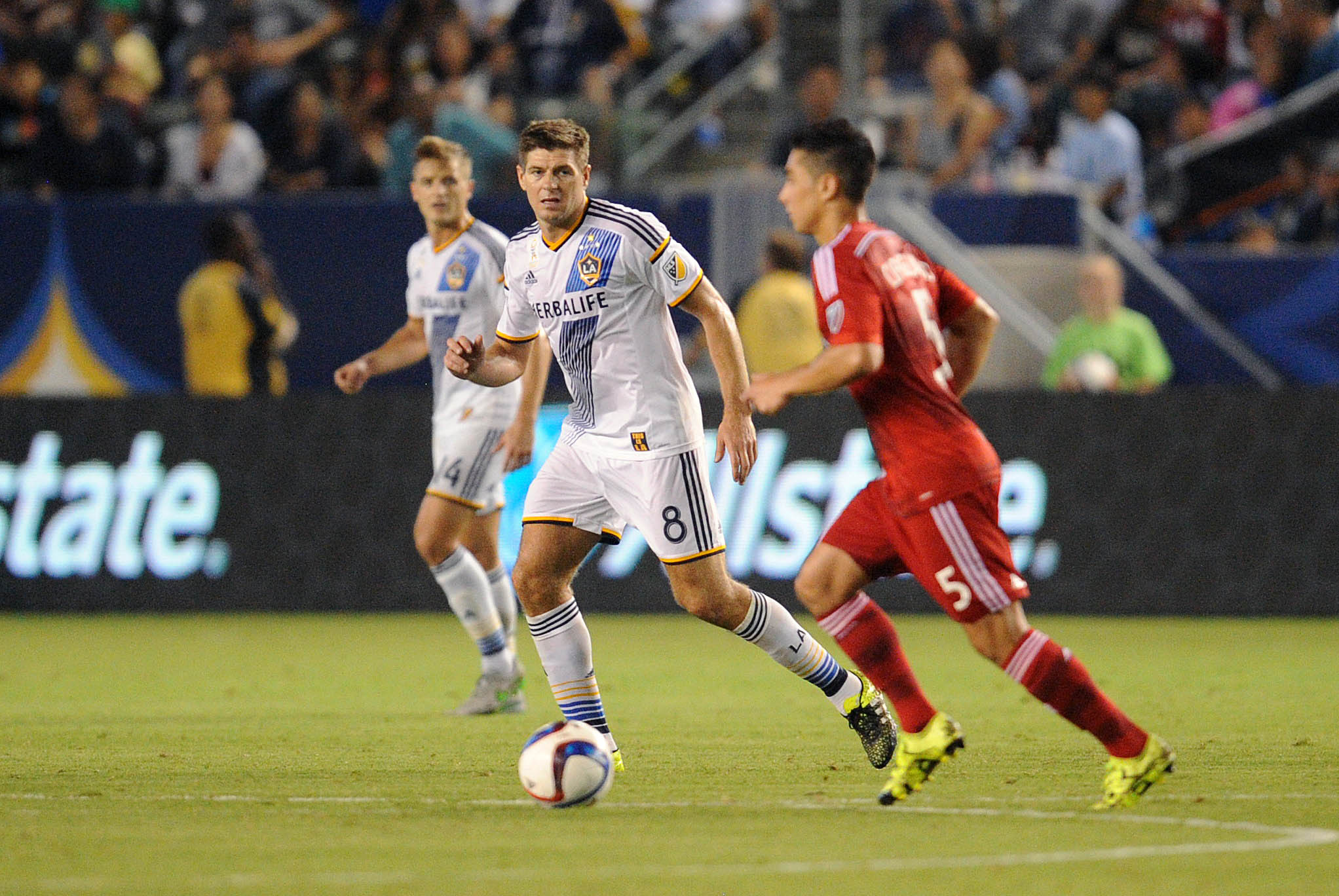 Los Angeles Galaxy midfielder Steven Gerrard (8) defends against FC Dallas midfielder Ezequiel Cirigliano (5) during the second half at StubHub Center.Photo: USA Today Sports
LOS ANGELES: Steven Gerrard and the Los Angeles Galaxy ended scoring droughts as they defeated FC Dallas 3-2 on Sunday to rise to the top of the Major League Soccer standings. Gerrard delivered his first goal since his MLS debut more than a month ago, a 57th-minute strike that put his side 3-1 up. Giovani dos Santos and Robbie Keane scored in the first half to end Galaxy's goalless run of three matches. The win left Galaxy on 50 points atop the Western Conference, two ahead of New York Red Bulls in the race for the Supporters’ Shield. Michael Barrios and Atiba Harris each scored for Dallas who sit third in the Western Conference with 47 points. In Kansas City, Sporting KC edged out a 1-1 tie with the Seattle Sounders to keep things tight in the Western race. Dominic Dwyer came off the bench in the 74th minute and goaled five minutes later to keep Sporting from defeat after Seattle’s Obafemi Martins scored before the break. The Sounders, fourth in the West, are one point ahead of Kansas City. In San Jose, the Earthquakes shut out Real Salt Lake 1-0 to keep their playoff ambitions alive. Matias Perez Garcia scored in the 87th minute as San Jose closed within a point of Portland for the final playoff spot in the West.
#Steven Gerrard #Los Angeles Galaxy #Major League Soccer
You May Also like: