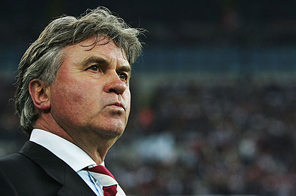 The Dutch coach said he decided to bring in fresh blood as some first-line players had health problems after Saturday's loss to Germany.
Strikers Roman Pavlyuchenko and Pavel Pogrebnyak both caught colds along with full back Vasily Berezutsky and they were doubtful for the final tie against Azerbaijan.
Germany secured their 2010 World Cup final berth with a 1-0 win at Moscow on Saturday, while Russia have to be content with a place in the play-offs.
"We do not need any more poins for qualification but we have to play at our top for the pride of the country," Hiddink said. "And we will definitely show the best we can in Wednesday's match."

#Hiddink calls up new players
You May Also like: