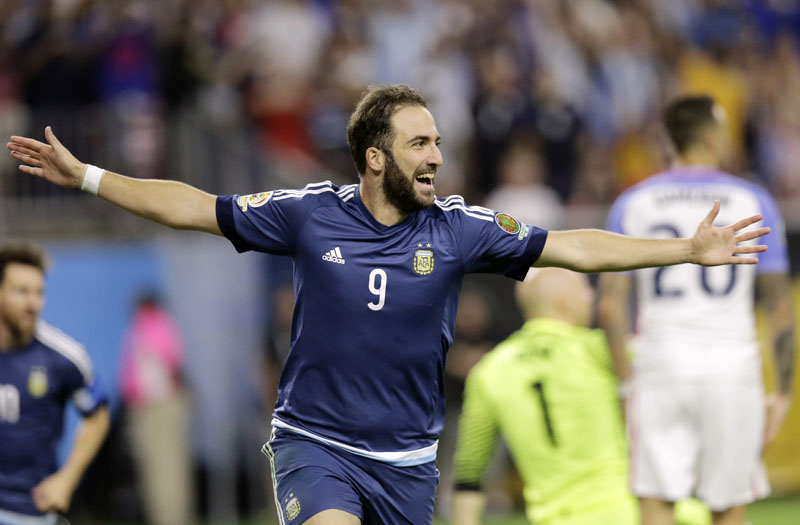 Juventus signed the Argentina striker for 90 million euros (75.25 million pounds), the third highest fee ever paid, ending a transfer saga that had provoked a vitriolic response from Napoli fans, who were angry that Higuain would leave them for a direct rival.

"I believe that a player who has the courage to make such a choice demonstrates a great personality," Buffon told Sky Sport Italia on Thursday.

"Someone like Higuain, who over three years at Napoli scored loads of goals, has the right to choose another destination."

Ahead of the move, Napoli supporters gathered in the city centre to set fire to Higuain replica shirts.

There were protests against the player and the club, and former Napoli forward Diego Maradona admitted he was hurt by the sale.

Higuain scored 36 goals in Serie A last season to break Gunnar Nordahl's 66-year-old record for the most top flight goals in Italy in a single campaign.

"He can have an enormous impact on our squad," added Buffon.