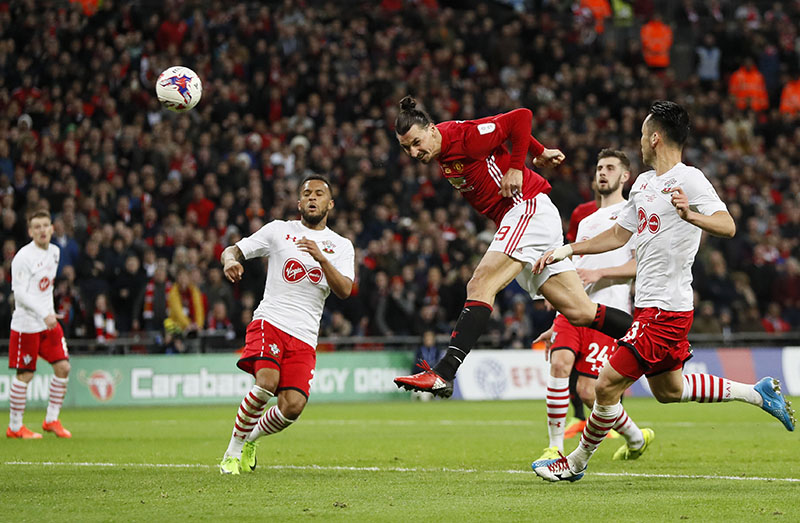 LONDON: Manchester United striker Zlatan Ibrahimovic is relishing his time at the Premier League club and is in talks to extend his contract, saying he "never leaves a job unfinished".

In November, manager Jose Mourinho said United planned to extend his initial one-season deal by another year but according to media reports Ibrahimovic wants a two-year contract.

Ahead of the league game against West Bromwich Albion on Saturday, the Swede told reporters: "I enjoy... I go in, I go for the kill and I go out. And when I go out there are no complaints, that's what I do. I never leave a job unfinished.

"Let's see what happens, we are talking. I have an option for another year, I want to do great as long as I'm here, so let us see, there is a lot of time," he added.

The 35-year-old Ibrahimovic has scored 26 goals in 41 appearances for United since joining on a free transfer from Paris St Germain last year, helping them to lift the League Cup in February, and reach the last eight of the Europa League.

United, who are fifth in the table, face a challenging April with nine games on the schedule including the Manchester derby and hosting runaway league leaders Chelsea.