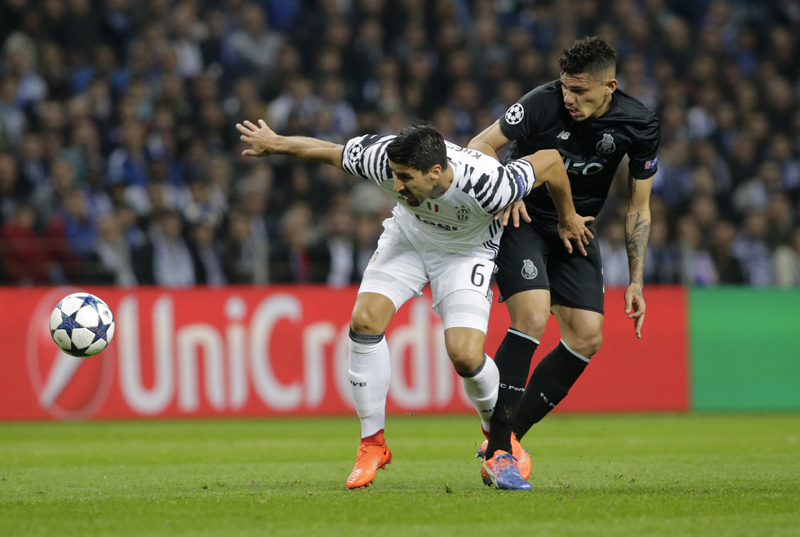 LISBON: Sami Khedira believes this could be the season that Juventus end their 21-year wait for a third European title after the Italian side beat Porto 2-0 away in their Champions League last-16 first leg match on Wednesday.

Marko Pjaca and Dani Alves came off the bench to break 10-man Porto's resolve with two goals in three second-half minutes after the hosts had lost Alex Telles to a mindless first-half red card.

While Khedira maintains the tie is still alive, he said he had a "good feeling" about Juve's chances of winning a first European crown since 1996.

"Sometimes you have a feeling and this year I do have a very good feeling, but unfortunately seven or eight other teams have the same feeling," the Germany midfielder told BT Sport.

"We have to work, go forward with much concentration and I think we can reach it."

Serie A leaders Juventus transferred their rampant domestic form onto the European stage with a dominant display against Porto to end the hosts' 20-game unbeaten home streak.

Khedira, however, believes it is too early to write off the Portuguese outfit.

"We know football is crazy and anything can happen, as we saw last night in Manchester (as Manchester City twice came back from behind to beat Monaco 5-3)," he added. "It's absolutely not over.

"We're happy with tonight but in three weeks we'll need to be careful as Porto are angry and have nothing to lose."

The victory was Juventus's fourth consecutive European away triumph and they have now scored in their last 23 matches in all competitions.

"We played 90 minutes with control and patience, so it's a good result going into the second leg," added Khedira, a Champions League winner with Real Madrid in 2014.

"It's hard to play 11 against 10, especially at this level, as it's difficult to break the deadlock.

"We scored late but we never lost control."

Juventus host Porto in the second leg on March 14.

#Juventus #Champions League #Sami Khedira #Porto
You May Also like: